In-Game Video Chat for PS4 Teased During Episode of Powers

Is the PS4 getting in-game video chat!?!? Sony has just released Powers, a comic book based TV show made and produced by Sony and available exclusively on PlayStation. During an episode, a male character is playing inFamous Second Son and part of the screen is divided to show a video of a female with the gamer tag “Chaotic Chick”. Uninspired names aside, this is a groundbreaking feature. IGN broke the news and posted pictures of the video chat as seen in the series. 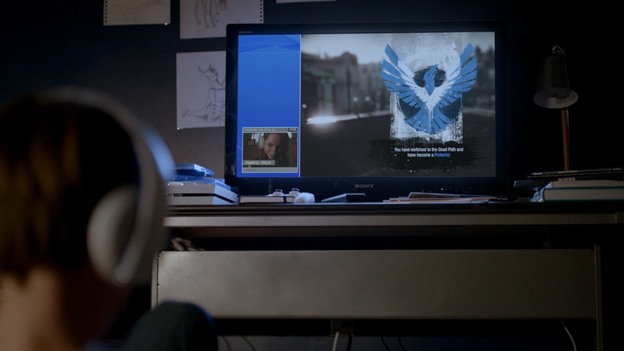 Sony hopes the chat function will launch Q2 of 2015 through an app called ooVoo. This information comes from none other than ooVoo’s VP Brian Liebler during CES 2015 (video of the interview begins at 00:18). ooVoo should function similarly to how Microsoft’s Skype works on Xbox One. Currently, ooVoo is available on PC, Mac, and mobile devices.

The ultimate plan is to allow both users to stream the content on the screen while video chatting. Hopefully PlayStation players won’t have to wait much longer for a video chat function.