Home / News / APB: Reloaded coming to PS4 and Xbox One

APB: Reloaded coming to PS4 and Xbox One

Deep Silver is bringing the free-to-play action MMO from the PC to current-gen consoles. 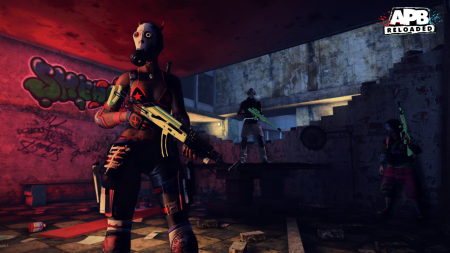 Publisher Deep Silver has announced that the game, developed by Reloaded Games, will be making the transition to consoles with an Xbox One and PS4 version set to arrive some time this Spring. Boasting over 5 million players (I had no idea it was that popular), All Points Bulletin is one monster of an MMO and has a very healthy corner of the PC gaming landscape carved out for itself.

“APB Reloaded has become a phenomenon on the PC with a passionate and faithful community. We are thrilled to help Reloaded Games and The Workshop bring this world to life on the new generation consoles,” said Klemens Kundratitz, CEO of Deep Silver/Koch Media GmbH.

“Over the past year it has been great to work with Deep Silver and their experienced teams from the Saints Row, Homefront and Dead Island franchises,” said Bjorn Book-Larsson, CEO of Reloaded Games. “We have also benefited working with the veteran development team at The Workshop, led by members of the original Tony Hawk, Call of Duty 3, Borderlands 2: “Mr. Torgue’s Campaign of Carnage” and The Evil Within teams, and getting their deep insight into how we can best transform APB Reloaded into a great console experience.”

Peter Akemann, CEO of The Workshop added, “Because APB is such a technically complex game featuring thousands of destructible objects, heavily customized players and vehicles in every scene, we are thrilled to help make APB a reality on these brand new high performance hardware platforms.”

The game takes place in the fictional city of San Paro, where you’ll be tasked with either being an enforcer of the law, or a criminal set to run amok. And not only can you build your own character up in the title, but you can create your ride too, which is pretty neat. Matches sound like they’re absolutely massive too, with 100 supported players at any given time and possible 50 vs 50 missions.

On consoles, APB: Reloaded will be free to both download and play, just like on the PC. Also just like its home platform, the console version will support in-game purchases, though you can also gain new items and gear through play and unlocking them, so it doesn’t sound like you have to buy anything if you don’t want to.

Interesting to note that you’ll have to have an Xbox Live Gold account to play APB on the Xbox One, but there’s no mention of having to be a PS+ subscriber on the PS4. As the PlayStation 4 needs gamers to be members of the subscription service in order to play multiplayer games, I’m not sure how that’s going to work.

There’s still plenty of time to figure it all out though, as APB: Reloaded doesn’t have a firm release date yet, and is expected in ‘Spring’ of this year.

Screenshot is from the PC version of the game, already available.

Jason's been knee deep in videogames since he was but a lad. Cutting his teeth on the pixely glory that was the Atari 2600, he's been hack'n'slashing and shoot'em'uping ever since. Mainly an FPS and action guy, Jason enjoys the occasional well crafted title from every genre.
@jason_tas
Previous Marvel debuts $1 pricing on new True Believers line
Next Punch-Out!! arrives on the Nintendo Download