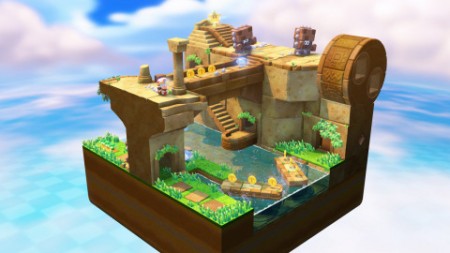 There’s actually quite a bit to like on the eShop this week for both the Wii U and the 3DS. Captain Toad: Treasure Tracker of course, does take the headlines though as the Mushroom Kingdom adventure is a pretty unique one for Nintendo. Captain Toad is a platformer, but it’s also a puzzle game that’s got a solid challenge level. If you’re not familiar, Captain Toad is all about solving level-based puzzles and collecting loot. Basically you guide Toad through the game’s levels in search of treasure. The kick is that all of the stages are puzzles in and of themselves and you really have no means of direct attack. And you can’t jump. Yep, that makes it quite a bit more difficult.

Aside from the good Captain, this week also sees the arrival of a demo for the Wii U version of Sonic Boom, the Virtual Console arrival of the original Fire Emblem and Lode Runner, and the debut of NES Ultimate Remix on the 3DS, which looks all kinds of fun. There are also some decent sales on Etrian Odyssey IV and Shin Megami Tensei, for you dungeon crawling RPG fans out there.

Take your pick and get to downloading, here’s the full list of what’s up on the shop right now: 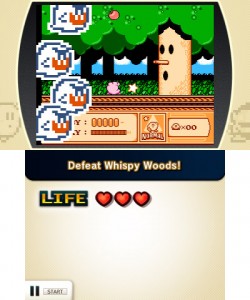 Jason's been knee deep in videogames since he was but a lad. Cutting his teeth on the pixely glory that was the Atari 2600, he's been hack'n'slashing and shoot'em'uping ever since. Mainly an FPS and action guy, Jason enjoys the occasional well crafted title from every genre.
@jason_tas
Previous Dark Horse debuts a real Lady Killer. No really, she’s a lady who’s a killer
Next Street Fighter 5 looks to be a PS4/PC exclusive