Age of Wonders comes storming back to the PC in a 4x strategy title that does the long-standing series justice, while updating it for the modern gamer. 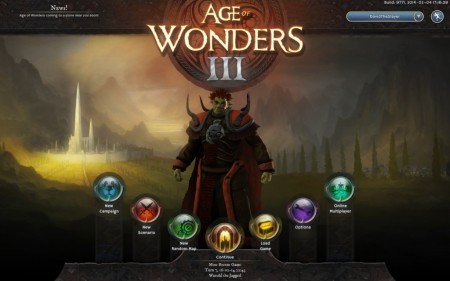 Finally released more then a decade after its predecessor, Age of Wonders 3 released earlier this year onto the PC platform. One of the most memorable strategy series in the past decade, the third iteration hopes to capture the same tone and finesse of the first one, adapting it for an audience that has changed drastically since the original, and in my humble opinion as a game reviewer, it did exactly what it hoped to achieve.

Age of Wonders remains a 4X title here in its third incarnation, in the same vein as Sid Meir’s civilization, although it forgoes the historical context for something most D&D players will find familiar. The world in Age of Wonders is populated by orcs, elves and fairies, following the earlier titles. It is in this world where the story takes place, a world which, depending on the character that you choose, can change from game to game. It’s mostly a condoled tale of a fallen empire with one of the past kings’ children trying to bring it back to its former glory. There isn’t much in the way of cutscenes though, as this is a tale told mostly through unvoiced text boxes in-game.

The skill tree in this game is absolutely massive, with hundreds of things available for upgrade. You can upgrade your cities, armies, and personal character depending on your own preference. And because each upgrade costs both gold and resources, you will need to expand your empire to be able to compete with others. 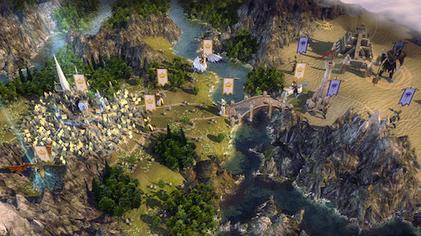 It’s a satisfying journey to the top and will last the course of the game. Running your own empire is only part of Age of Wonders 3 though, as you’ll be doing day-to-day tasks while trying to deal with other threats to your growth. You can handle with most threats in a political way, paying them off or signing treaties with them. Or, if you feel confident enough, unleash your armies upon them.

When you do decide to engage in battle, you can either wait for the result or get involved personally wherein a turn based battle begins with you calling the shots. You don’t always have to get involved, but if you want to experience the most out of the combat points you spend, it gives a lot more enjoyment.

Surprisingly, you will find multiplayer on this title; unsurprisingly, it’ll keep you coming back for more and more. Replacing the computer controlled leaders from the single player campaign, this game mode allows for much more interesting gameplay because you know that at the opposite end of an attack is someone in the real world plotting your demise, while you do the same.

Finally, the sound and visuals in this game represent a series that has been dormant for more than a decade and returned with a flourish. Everything looks fantastic, comprised of smooth textures and great backdrops. Exploring the randomly generated world is an adventure every time you boot up the game and finding new empires under the fog of war is phenomenal. Unlike the graphics, the sound design is somewhat repetitive, with the same battle songs playing over and over. I do have to say though, that AoE3’s sound effects are pretty great and give the illusion of a breathing living world.

This is a perfect way to revamp the previously dead Age of Wonders series. Age of Wonders 3 comprises of the best of the previous titles with a much simpler entry level to allow anyone to get into and play this fantastic title. This is the best 4X title to come out since Civ 5 and if it continues to dominate, we might see a sequel to this as well. Something I’m sure most Strategy gamers will be looking out for in the coming years.

A young lad on a magical journey through the dark and terrifying world known to many as "the industry". From his hellish prison, Isaac can hear the cries of pain and suffering from those who came before him, only to hear their hearts stop in utter terror. Video games aren't all fun and games kiddies.
Previous E3 2014: Dying Light reveals trailer early, looks like adrenaline-fuled, next-gen mayhem
Next Epix goes American Psycho for Independence Day