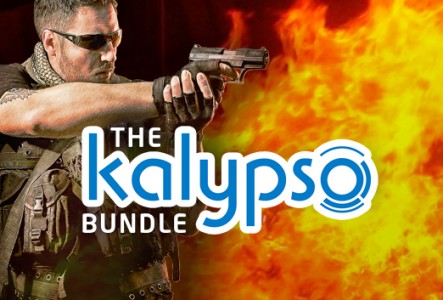 That’s a lot of good stuff for not a whole lot of cash. Bundle Stars has a habit of doing that of course as the game bundling site has offered a whole mess of cool stuff on the cheap since their debut in 1995 (yes, 1995). Their latest offering is a collection of games published by Kalypso Media Digital.

You might not be super-familiar with that name, but chances are you know their games. Here’s what in the grouping:

Of course, the obvious bonus of buying into this bundle is the insanely low $3.99 USD asking price, but there’s more to it than that. Clicking ‘buy’ on this one within the first 48 hours will also enter you automatically into a $5,000.00 giveaway.

A total of 10 prizes are up for grabs in the deal with each one being worth $500.00 USD. Each prize pack includes Steam codes for more Kalypso games “including Demonicon, Blood Knights, Rise of Venice, and the eagerly awaited Tropico 5 when it’s launched later this year”.

So… cheap games and a chance at even more for free. And it’s not even an April Fool’s. No really, it’s not.

Jason's been knee deep in videogames since he was but a lad. Cutting his teeth on the pixely glory that was the Atari 2600, he's been hack'n'slashing and shoot'em'uping ever since. Mainly an FPS and action guy, Jason enjoys the occasional well crafted title from every genre.
@jason_tas
Previous Imangi Studios to acquire Doodle Jump’s Lima Sky for $1 billion
Next Batman: Arkham Origins Blackgate out now on PC and consoles