Tower defense meets physics in a game that is frantically fun, and funny too! 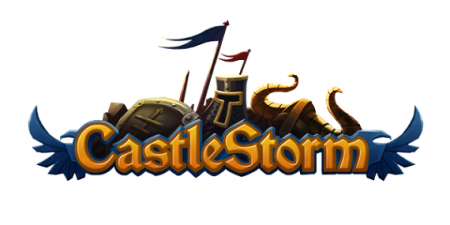 CastleStorm is the latest offering from Zen Studios. Featuring some humorously stereotypical medieval characters and a surprisingly intuitive combat system, this is a game you’ll come back to time and again. The story begins with a tale of two kingdoms, rent by war, who are lead to piece with the aid of two magical gems. As long as each kingdom possesses a gem, there is peace and prosperity for all. Of course, this means both kingdoms are rather unprepared in the event of a now unthinkable battle, but luckily our kingdom’s champion (Sir Gareth) has kept himself in fighting order. When one of the kingdom’s gems is stolen, you’ll be sent into battle as Sir Gareth to recover the gem, and defeat those dastardly Vikings. 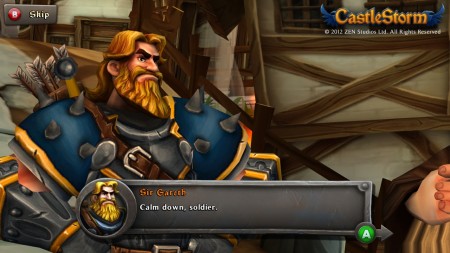 CastleStorm does a great job of leading you into the game. You can choose from several different difficulty levels (all easily changed at any time). You’ll begin by learning how to use your ballista, the weapon that will be your best weapon against the enemy forces. It shoots a variety of different projectiles, easily toggled between to select. You’ll begin with just one, but earn more as you advance in the game, from a single spear to three spears to explosive sheep and more. Each of these weapons, like everything else in the game, can be upgraded for the right price.

The ballista is where the physics element comes into the game. You aim in an arc, in order to hit either moving targets (enemy troops, rabid animals, etc.) or stationary targets (the enemy castle). The main objective of most levels is to completely destroy the enemy’s stronghold (or simply capture their flag), while keeping yours as intact as possible. In a surprisingly well done twist, the configuration of your castle is a huge deal. As you advance in the game, you’ll earn more and more rooms for your castle. These rooms will determine which types of troops you can summon during battle – and if a barracks is destroyed, that type of troop can no longer be summoned, severely hampering you during battle. CastleStorm gives you the option to completely customize your castle in order to keep your valued assets far from harm (unfortunately, not as intuitive a task as the rest of the game mechanics) – or you can go with one of the default setups, which are quite competently done. 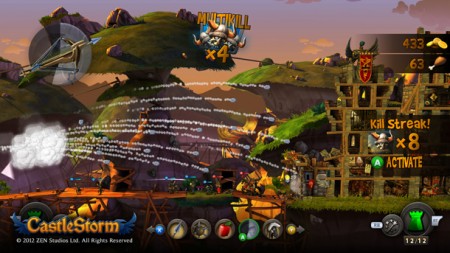 In addition to earning rooms, weapons, and types of troops, as you advance in the game you’ll also earn magic spells. These can offer protection, or even give you the opportunity to take Sir Gareth himself onto the field for battle (briefly). Like everything else, these are upgradable, so you’ll have to figure out your priorities early on since there just won’t be enough gold to go around at first. You can do side quests to earn extra gold, but part of the charm of the game is that you’ll have to work out your own strategies for upgrading, and everything else.

Battles are fierce – you’ll need to manage summoning a variety of different troops to protect your stronghold, use projectiles to take out enemy troops and destroy all the rooms of their castle, and use magic as needed to aid you. It is all very frantic and fast paced, but it all works so well. Buttons are assigned to different functions, and the shoulder buttons have you toggling between options. Everything is helped along by a story that is both logical and amusing, and serves well to advance the story and keep things fresh. 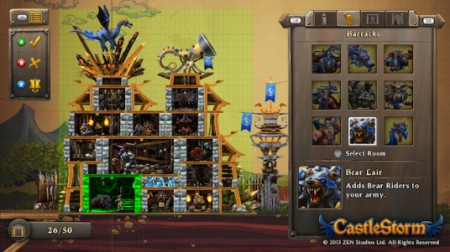 CastleStorm is a game that doesn’t take itself too seriously, with hilarious results. Everything is colorful and beautifully drawn, and the snarky jokes are a perfect fit for the audience. It’s fun, it’ engaging, and it is well worth the price of admission.

U.S. Senior Editor/Deputy EIC at BrutalGamer, mother of 5, gamer, reader, wife to @MacAnthony, and all-around bad-ass (no, not really)
Previous SDCC: ComiXology wants you to Meet Your Makers
Next Chance For First Hands-On Experience With Xbox One And Playstation 4 At Gamestop Expo