Michael Pachter says stick a fork in Medal of Honor

The industry analyst says EA’s continued missteps with the franchise could have finally doomed it. 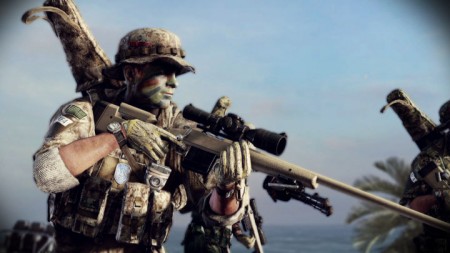 It wasn’t all  that long ago that MoH was a very big name in action FPS’. I remember playing the first  games in the series for many a night on the PC back in the early 2000’s and even when the first Call of Duty arrived on the scene, I still found myself pulled more towards MoH. That’s changed though, and it’s changed for many FPS fans.. okay, pretty much all FPS fans. I don’t think there’s too much of a question on whether or not Activision’s behemoth wears the FPS console crown.

Call of Duty is the far and away winner of the ‘military shooter’ sweepstakes and there isn’t much of an argument about that. EA has tried more than once to revive Medal of Honor though, and I suppose they might yet try again. Back in 2010 the company released a modern-toned MoH, a first for the series at the time. The reception was… a little lacking. Even though it wasn’t anything Earth-shaking though, I quite enjoyed my play through the game and had high hopes for another installment.

But right from the first little bits and pieces that I saw of Medal of Honor Warfighter, I wasn’t all that impressed. It just seemed lacking and I can’t even put my finger on why. The massively quoted indusry analyst Michael Pachter feels about the same too, and even more- he thinks that the brand on a whole is all but dead at this point.

With a Metascore of 50 (ouch), scores are way down from even the unimpressive critical response that the 2010 game got. Pachter also points out that with a score that low, Warfighter will struggle to even pass the 100 million dollar mark in sales. That would be a huge embarrassment, but it just might be reality since EA chief John Riccitiello recently admitted that the game is falling short of sales expectations.

With the Holiday season on the horizon, it remains to be seen just how the game will fare. If it doesn’t make some kind of turnaround, I imagine that Pachter might be correct and that just might be it for the series, at least for a while. It stands to reason that there are only so many chances that EA is going to take on the game before moving on after all.

It’d be a shame to see it go as it would mark the end of a series that not only was a fan favorite, but one that also started the industry’s love affair with World War 2.

Jason's been knee deep in videogames since he was but a lad. Cutting his teeth on the pixely glory that was the Atari 2600, he's been hack'n'slashing and shoot'em'uping ever since. Mainly an FPS and action guy, Jason enjoys the occasional well crafted title from every genre.
@jason_tas
Previous Disney adds Lucasfilm to its empire
Next Wii U Deluxe owners to get digital bonuses