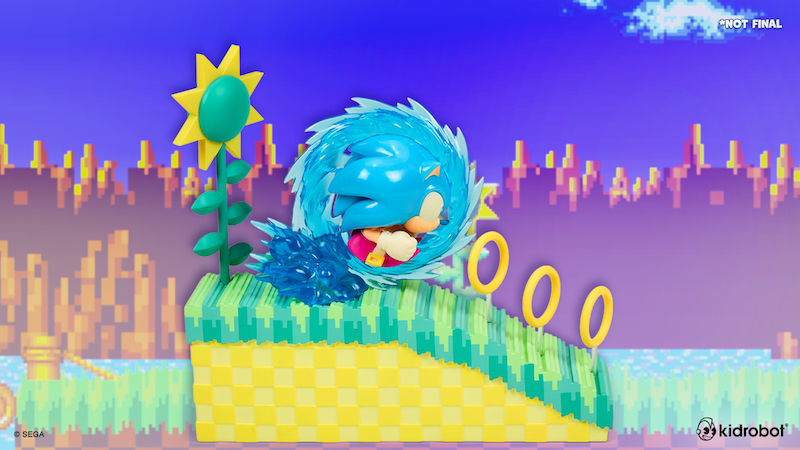 Sonic is absolutely glowing in this new art figure from Kidrobot

Cast in fluorescent colors, collectible-maker Kidrobot’s newest piece might be Sonic the Hedgehog’s most eye-popping appearance yet.

Sonic the Hedgehog is having quite a set of years here. While last year was a little bit up and down, the Sega mascot has had a big-budget movie sequel, countless toys, and a pair of new games. True, those games weren’t met with the enthusiasm that previous installments were, but still.

It looks like that roll will continue into 2023 as well, thanks to Kidrobot. The collectible company has a fresh diorama on deck, that’s set to deliver a fan-favorite 2017 piece back to fans. This time though, the piece is just a little more visually explosive, thanks to that all-new colorway.

SEGA’s Sonic the Hedgehog burst on the scene in the early ‘90s and is still running strong, with a fan base that spans generations. The speedy blue hedgehog has battled his nemesis, Dr. Egghead, through games, cartoons, comic books, and even two Hollywood live-action films! Fuel your need for speed with this epic art figure of Sonic doing what he does best: collecting gold rings and going fast while doing it! This 8-inch-tall diorama is a fluorescent colorway edition of our original 2017 design.

Sonic is priced in at $74.99 USD, and is coming up this year, with a ship-date that should see the diorama speed into fans homes in the third quarter. Pre-orders are open, and you can grab one here.

Jason's been knee deep in videogames since he was but a lad. Cutting his teeth on the pixely glory that was the Atari 2600, he's been hack'n'slashing and shoot'em'uping ever since. Mainly an FPS and action guy, Jason enjoys the occasional well crafted title from every genre.
@jason_tas
Previous Top Cow’s A.R.C. to mix crime and mystery with environmentalism
Next Trailer: Go full-throttle with the latest look at Monster Energy Supercross – The Official Videogame 6