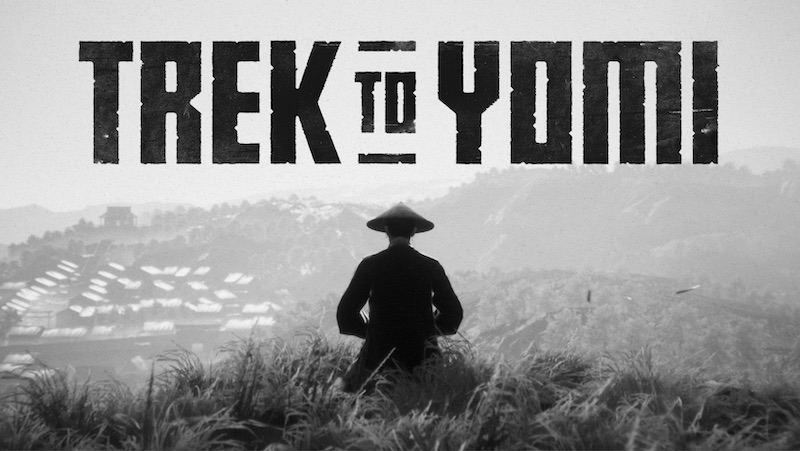 One of the standout action titles of 2022, Leonard Menchiari and Flying Wild Hog’s Trek to Yomi is coming to the Nintendo Switch.

That was quite a Trek

Originally released last May, Trek to Yomi was a huge departure for Flying Wild Hog. The developer is probably best known for the Shadow Warrior FPS series, but has also delivered the cyberpunk Hard Reset, as well as the recently released Evil West.

While those games all feature over the top action, and themes that include fantasy, horror, and sci-fi, Trek to Yomi did a complete 180. A side-scrolling action title that rewards patience and precise swordplay,

Yomi was presented in black and white. And although it definitely had mystical elements, and a good deal of them, it felt way more grounded and subdued than the aforementioned games.

Now finally, the game is coming to Switch, offering Nintendo players a chance to play its tale of revenge for the first time.

Experience an enchanting tale of romance, duty and death as lone swordsman Hiroki seeks to honour a vow to his dying master and protect the people he loves. A love letter to classic Japanese cinema, Trek to Yomi marries sumptuous monochromatic visuals with classic 2D combat and gentle puzzle-solving to create a rich, atmospheric adventure.

As mentioned the above title is coming up fast, so if you’ve been itching to play, you’re in luck. It arrives on the Switch next week, on January 30th.

Jason's been knee deep in videogames since he was but a lad. Cutting his teeth on the pixely glory that was the Atari 2600, he's been hack'n'slashing and shoot'em'uping ever since. Mainly an FPS and action guy, Jason enjoys the occasional well crafted title from every genre.
@jason_tas
Previous World War Z: Aftermath’s current-gen update is out, complete with Horde Mode XL
Next Top Cow’s A.R.C. to mix crime and mystery with environmentalism