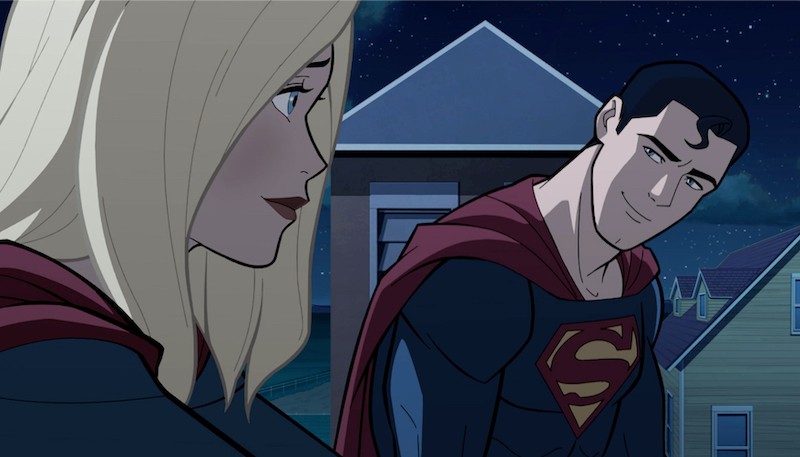 Home / Movies & TV / Video: The newest clip from Legion of Super-Heroes showcases the Girl of Steel

While the upcoming animated feature from Warner Bros is entitled Legion of Super-Heroes, it’s Supergirl who’ll be the main character.

It’s tough being a hero

In the clip, Supergirl laments her struggles putting behind recent tragedies and adjusting to her new life on Earth. And after consideration, Superman offers a solution that will open Supergirl’s eyes to a whole new perspective.

Kara/Supergirl is voiced by Meg Donnelly (American Housewife, The Winchesters), while Darren Criss (Glee, The Assassination of Gianni Versace) reprises his role as Superman.

Coming up soon, Legion of Super-Heroes is set for a February 7th, 2023 release. Look for it on Digital, 4K Ultra HD Blu-ray Combo and Blu-ray.

Jason's been knee deep in videogames since he was but a lad. Cutting his teeth on the pixely glory that was the Atari 2600, he's been hack'n'slashing and shoot'em'uping ever since. Mainly an FPS and action guy, Jason enjoys the occasional well crafted title from every genre.
@jason_tas
Previous Suit up for the Empire with the new Stormtrooper helmet from Denuo Novo
Next Paragon FX Group’s upcoming Batman Utility Set looks as close to the real thing as possible