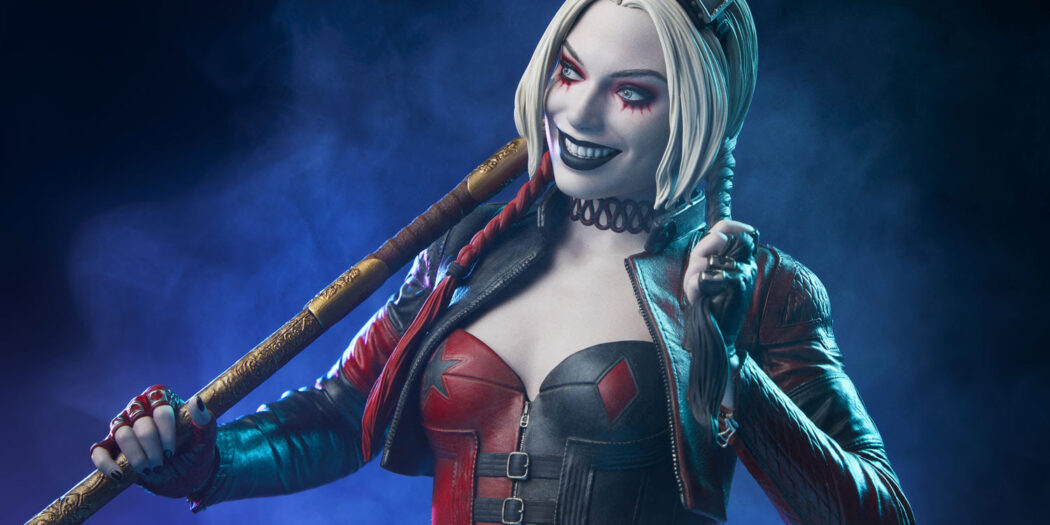 Fresh from her appearance in the latest Suicide Squad motion picture, and courtesy of Sideshow, comes actress Margot Robbie as Harley Quinn.

Harley Quinn continues to be one of DC Comics’ most promoted characters. And even though there’s going to be a rumored break, her appearance in director James Gunn’s Suicide Squad movie was just the latest of the villain’s main-event roles.

Of course, she was once again portrayed by actress Margot Robbie, who’s likeness has pretty much become synonymous with the character. And speaking of, all of that figures (no pun intended) directly into Sideshow Toys’ latest announcement.

Sideshow’s newly announced Premium Format Figure features the former Joker moll, and cuts an impressive silhouette. She stands 21″ tall, 11.25″ wide, and 15″ deep, so she should make a nice statement piece for any DC collection.

Based on the likeness of actress Margot Robbie, this Premium Format Figure is expertly sculpted and hand-painted with astonishing attention to detail.

Her stylish cinematic costume is recreated in its carefully coordinated black and red color scheme with matching accessories and makeup, from the manicure on her nails down to the red laces in her boots. Harley’s outfit includes motorcycle goggles, a cropped biker jacket with the phrase “Live Fast, Die Clown” emblazoned on the back, a buckled corset top, zippered pants, and combat boots.

Harley Quinn is set for release some time in spring/summer of 2023, and is priced in at $600 USD. She can be pre-ordered here.

Jason's been knee deep in videogames since he was but a lad. Cutting his teeth on the pixely glory that was the Atari 2600, he's been hack'n'slashing and shoot'em'uping ever since. Mainly an FPS and action guy, Jason enjoys the occasional well crafted title from every genre.
@jason_tas
Previous Trailer: Activision releases one last early look at Modern Warfare II before launch
Next Trailer: The universe of No Man’s Sky opens up on Switch today