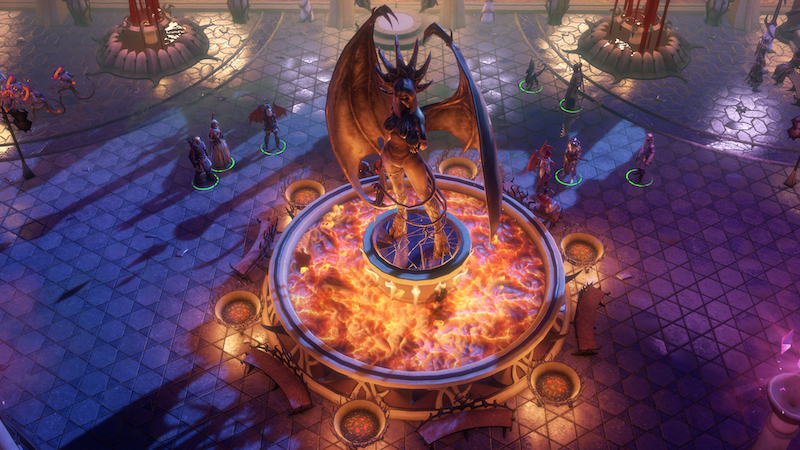 Home / News / Trailer: CRPG’s return to consoles with Pathfinder: Wrath of the Righteous, out now

Classic role-playing action is back and ready to quest onto consoles, thanks to Owlcat Games’ Pathfinder: Wrath of the Righteous. The game is out now.

The realm of Sarkoris was destroyed when Areelu Vorlesh, a scholar and practitioner of forbidden magics, opened a rift to the abyssal planes of existence, and hordes of demons invaded the world of Golarion. Led by the evil Demon Lords Deskari and Baphomet, the abyssal forces crushed all who stood against them, turning Sarkoris into a demon‑infested land now known as the Worldwound. Join the Crusade against the demonic invasion and rise as a new hero wielding unimaginable powers in this classic cRPG. The fate of this world lies in your hands.

Pathfinder: Wrath of the Righteous is out now for both the Xbox One and PS4, and is of course backwards compatible via the Xbox Series X|S and PS5. There’s also a Switch version, though that’s a Cloud Edition, so you’ll need a solid internet connection to stream it to your console.

As for the PC, that version has been bumped up to match the console editions.

Jason's been knee deep in videogames since he was but a lad. Cutting his teeth on the pixely glory that was the Atari 2600, he's been hack'n'slashing and shoot'em'uping ever since. Mainly an FPS and action guy, Jason enjoys the occasional well crafted title from every genre.
@jason_tas
Previous Here’s a detailed look at Hot Toys’
Next Prime Gaming delivers high fantasy with Warhammer and Middle-earth in October