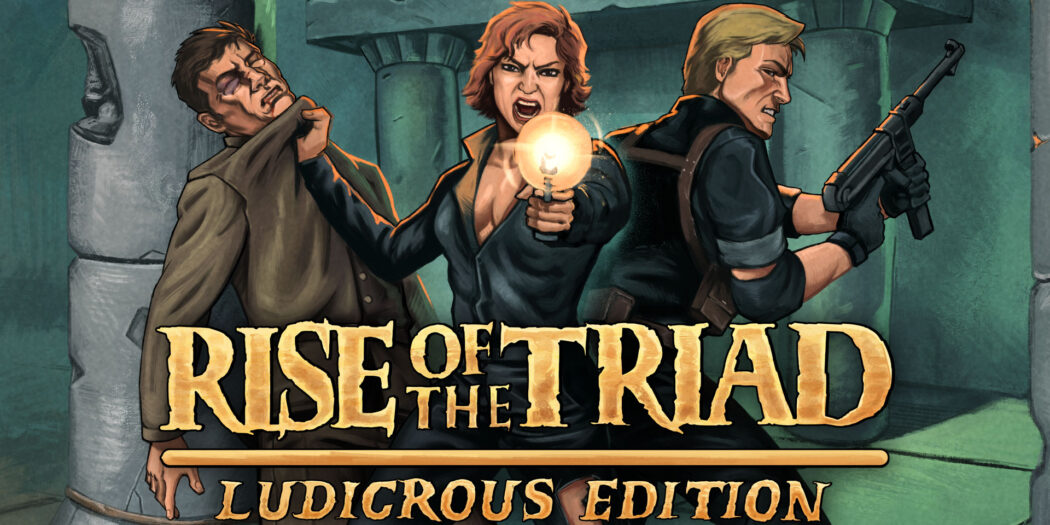 A classic first-person shooter, Rise of the Triad is coming back once again, this time with the Ludicrous Edition from the retro masters at Nightdive.

If you’re too young to remember, RotT was a completely insane FPS back in the 90s. The PC shooter had crazy gunplay and loads of over the top gore, with a side order of comedy. Well now that classic is back once again, with Rise of the Triad: Ludicrous Edition.

The title is being brought back to life by Nightdive Studios, which you might know for its series of classic game revitalizations. Not a remake, this new edition of RotT is a remaster of sorts, giving the original a kick in the pants, and some new stuff for fans to play around with too.

It’ll run in 4k and 60fps, thanks to Nightdive’s proprietary KEX engine, so this new RotT is not going to look like the game you might’ve known. Along those same lines too, the new version of the game will have an overhauled HUD and a cleaned-up user interface. Want more? Well, you can expect increased field of vision, cloud saves, achievements, “and more” too.

Rejoin the HUNT, an elite five-member task force, on a dangerous island occupied by fanatical cultists. Experience ROTT’s many innovations rendered better than ever, from its five playable heroes—each with different hit points, speed, and accuracy—to its deadly traps, elevated, multilayered stages and unhinged power-ups. Blast straight to the dark heart of a conspiracy aiming to destroy Los Angeles, armed with a legendary arsenal of dual pistols, heat-seeking missiles, bone-charring walls of flame, and an enchanted baseball bat.

In addition to the above, Rise of the Triad: Ludicrous Edition will also be packing multiplayer. The game will stock 11 player deathmatching, as well as the game’s classic capture the flag mode, and an asymmetrical experience that casts one player as the hunted. That’s all plus the original game’s level editor, which will be exclusive to the PC edition.

Speaking of, while the game will indeed be coming to its home-platform, Rise of the Triad: Ludicrous Edition will also be landing on consoles. You can expect to see it arrive for Xbox and PlayStation, as well as the Switch.

Unfortunately all of this is still a ways off, as things won’t be getting Ludicrous till some time in early 2023.

Jason's been knee deep in videogames since he was but a lad. Cutting his teeth on the pixely glory that was the Atari 2600, he's been hack'n'slashing and shoot'em'uping ever since. Mainly an FPS and action guy, Jason enjoys the occasional well crafted title from every genre.
@jason_tas
Previous Ion Fury’s Bombshell hits the road in Phantom Fury
Next It’s PowerTown time, as the indie line of wrestling action figures hits pre-order