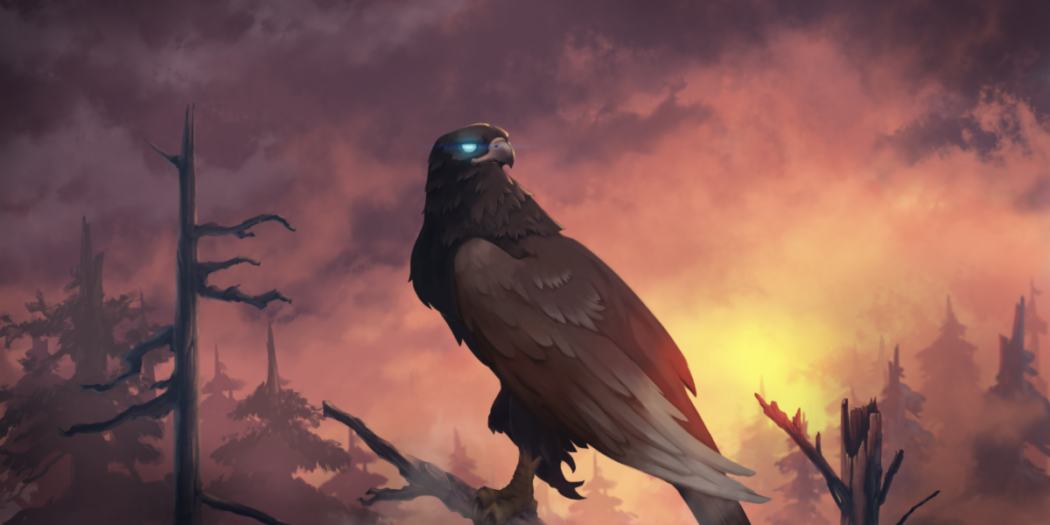 The new Falconeer unit pulls back the fog of war for would-be Vikings today, in Northgard’s Clan of the Eagle update. Time for eye in the sky.

And I shall be…

Absorb the spirit of the Eagle and mercilessly conquer the lands of Northgard like the mighty predators themselves.

Under commander Grif’s wing, raise the new “Falconeer” unit to clear through the fog of war and gain true infamy among rival clans.

Scout and gather resources close to home, crafting a strong and fruitful nest with plenty of Falconries, then bolster the clan’s numbers before leading the convocation into the fray.

Forage the vast lands with the aid of skillfully trained hawks and ambush rival territories claws first, leaving nothing but their bones to rot and the forces press on.

Northgard offers players 15 clans to pick from, along with multiplayer options, resource management, and of course combat. The game is out now on the PC via Steam, along with the new (free) Clan of the Eagle update.

Jason's been knee deep in videogames since he was but a lad. Cutting his teeth on the pixely glory that was the Atari 2600, he's been hack'n'slashing and shoot'em'uping ever since. Mainly an FPS and action guy, Jason enjoys the occasional well crafted title from every genre.
@jason_tas
Previous Surprise! Deathloop lands on Xbox Series X|S this month
Next TGS 22: Capcom reveals SF6 details, including custom characters, and 4 returning legends