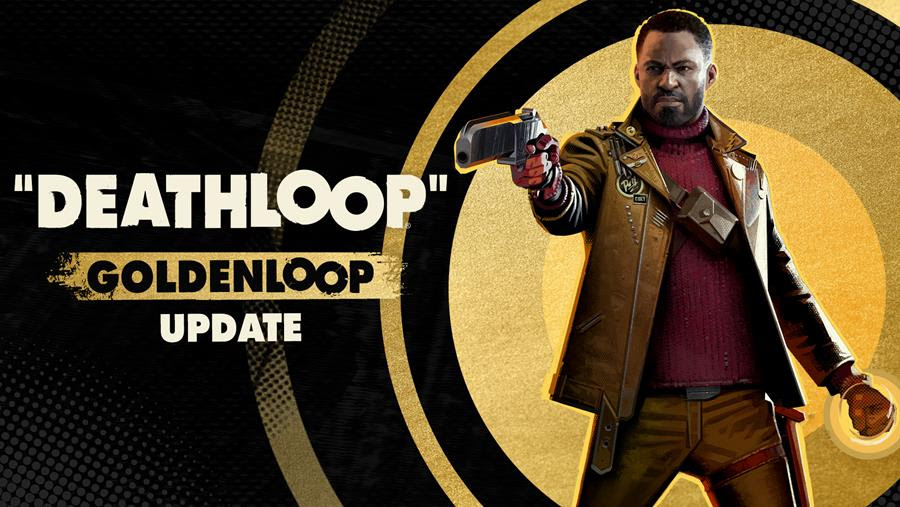 Bethesda’s award-winning FPS Deathloop makes its leap to the Xbox Series X|S (and Game Pass) this month, arriving with the “Goldenloop” update.

A foregone conclusion? Yeah probably, given that Microsoft owns Bethesda, the publisher of Deathloop. And if there was thought that the Arkane Lyon-developed game was going to remain a PS5 (and PC) exclusive forever, well it wasn’t a very realistic one.

But nevertheless, the game’s sudden arrival on the Xbox this month still manages to be a bit of a surprise. After all, nobody was talking about a port, and news about the game had pretty much dried up.

Deathloop is making a grand entrance too, and will be fully updated and ready to go. The Xbox edition includes everything that the PS5/PC version has seen post-launch, plus one big new addition. That’s called Goldenloop, and is set to land for all platforms.

The Xbox release of DEATHLOOP comes with all updates released for the game since its launch. All players can look forward to photomode, a number of accessibility options, cross-play matchmaking, and a host of quality-of-life fixes.

As for Goldenloop, that is packed up with “a new weapon, a powerful new ability, new enemy types, an extended ending, and more.” The update will be live and ready to play along with the Xbox edition of Deathloop on September 20th.

And yes, that includes Game Pass. You can actually pre-load the game now if you have that. And if you don’t pre-orders are open now as well.

Jason's been knee deep in videogames since he was but a lad. Cutting his teeth on the pixely glory that was the Atari 2600, he's been hack'n'slashing and shoot'em'uping ever since. Mainly an FPS and action guy, Jason enjoys the occasional well crafted title from every genre.
@jason_tas
Previous The thunder god goes past Hel itself in Thor #29
Next Strategy title Northgard joins the Clan of the Eagle in today’s update