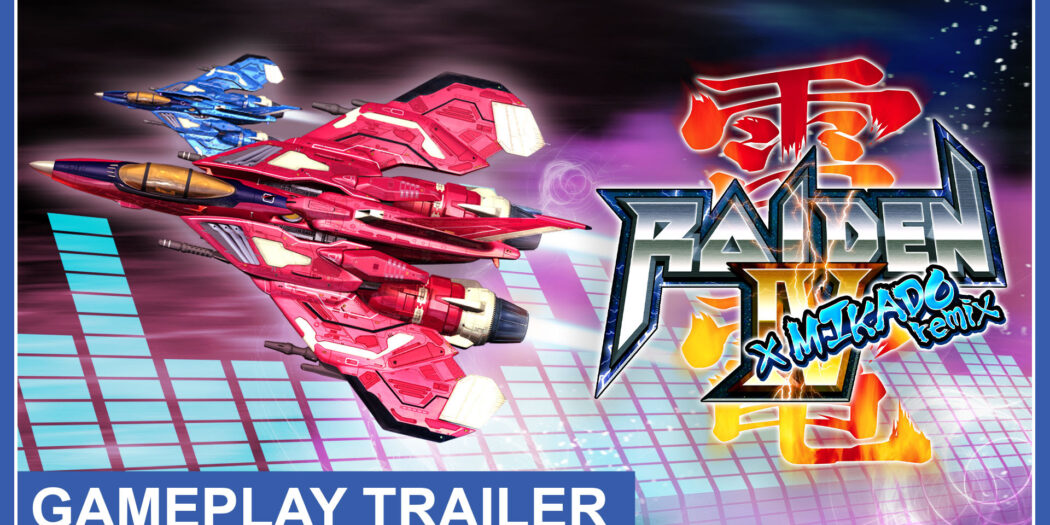 Trailer: Power up those blasters, Raiden IV x MIKADO remix is kicking off 2023

The long awaited shooter mashup from NISA, Raiden IV x MIKADO remix is coming up to launch genre fans into 2023. Check out the latest trailer.

Ready to soar to new heights? Check out the newest trailer for
Raiden IV x MIKADO remix to take a closer look at the gameplay mechanics that make this title out of this world!

Yes, Raiden IV is back, but this time it’s going to be a little different than shmup fans might remember. That mainly comes by way of the game’s new soundtrack, and crossover with Mikado Game Center.

An arcade in Japan, yes they still have them, Mikado’s manager Minoru Ikeda is a bit of a rocker, with his band Heavy Metal Raiden. So as you can see, the fusion of game and arcade was kind of a no-brainer. And it’s not all about the music either.

Raiden IV x MIKADO remix also serves up an additional 2 stages, supplementing the original’s 7, plus an actual remix mode that changes up “enemy positioning and difficulty”. So if you’re a Raiden IV vet, you might wanna check that out.

Set for release to kick off 2023, Raiden IV x MIKADO remix is scheduled for a January 31st launch. Look for it on Xbox and PlayStation platforms, in both base and special editions.

Jason's been knee deep in videogames since he was but a lad. Cutting his teeth on the pixely glory that was the Atari 2600, he's been hack'n'slashing and shoot'em'uping ever since. Mainly an FPS and action guy, Jason enjoys the occasional well crafted title from every genre.
@jason_tas
Previous NYCC 22: WB bringing Mortal Kombat, Aqua Teens, and Superman/Batman to the Con
Next Dark Horse heading back to the Borderlands for new guide to the world of Pandora