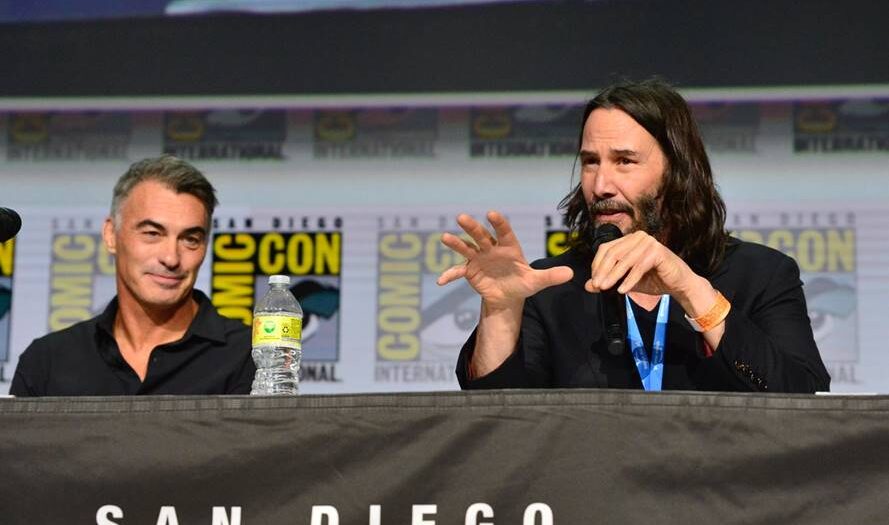 SDCC 22: Here’s that John Wick 4 teaser, in case you missed it

This past weekend’s Comic Con was loaded for bear with tons of news, and that included a look at Lionsgate and Keanu Reeves’ John Wick: Chapter 4.

John Wick (Keanu Reeves) takes on his most lethal adversaries yet in the upcoming fourth installment of the series. With the price on his head ever increasing, Wick takes his fight against the High Table global as he seeks out the most powerful players in the underworld, from New York to Paris to Osaka to Berlin.

A lot to take in there, as the saga of John Wick kicks things up a notch… if that’s possible. Starring of course Keanu Reeves, John Wick: Chapter 4 is directed by Chad Stahelski, and is heading towards a March 24th, 2023 release. Yeah.

Jason's been knee deep in videogames since he was but a lad. Cutting his teeth on the pixely glory that was the Atari 2600, he's been hack'n'slashing and shoot'em'uping ever since. Mainly an FPS and action guy, Jason enjoys the occasional well crafted title from every genre.
@jason_tas
Previous By the Nine Realms, The Art of God of War Ragnarok is coming
Next PAX West is back, and loaded with big name exhibitors