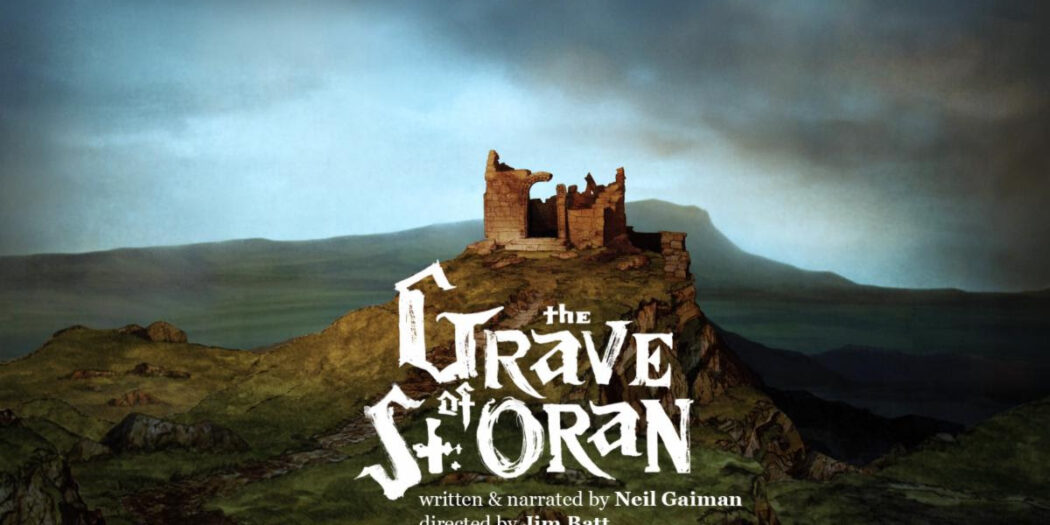 Home / Expo / SDCC 22: Find out what it’s like to adapt Neil Gaiman’s work in tomorrow’s panel

SDCC 22: Find out what it’s like to adapt Neil Gaiman’s work in tomorrow’s panel

What’s it like to adapt the work of a comic book legend? There’s a cool one tomorrow, that goes behind the scenes on Neil Gaiman’s The Grave of St. Oran.

Murder on the isle of Iona

So, first, The Grave of St. Oran sounds pretty interesting. A short film from director Jim Batt, the movie tells the tale of a murder between… saints. Yeah, it’s a crazy one. But then again, it’s from Nail Gaiman, so that’s to be expected.

The Grave of Saint Oran is a short stopmotion animation, beautifully illustrated with paper cutouts meticulously hand animated frame by frame. Based on a mix of legend and history of the small Scottish island of Iona, the film weaves a path back and forth between the real and the imagined, through time, history, and our eternal efforts to grasp at the deeper mysteries of the unknown. It tells the tale of two saints who sail to the island of Iona, and attempt to build a chapel. However, things don’t go smoothly and the ritual murder of one saint by the other begins a chain of events that brings into question everything they believe in.

Now that you know what it is, and what it’s about, you might want to check out the panel. All about the adaptation of the work, tomorrow’s Comic Con panel will dive into working with and adapting Gaiman with a “backstage view”.

Scroll down for the full rundown.

Jason's been knee deep in videogames since he was but a lad. Cutting his teeth on the pixely glory that was the Atari 2600, he's been hack'n'slashing and shoot'em'uping ever since. Mainly an FPS and action guy, Jason enjoys the occasional well crafted title from every genre.
@jason_tas
Previous SDCC 22: A Steranko classic getting the action figure treatment with Talon
Next Claremont and Larroca return for more X-Treme X-Men