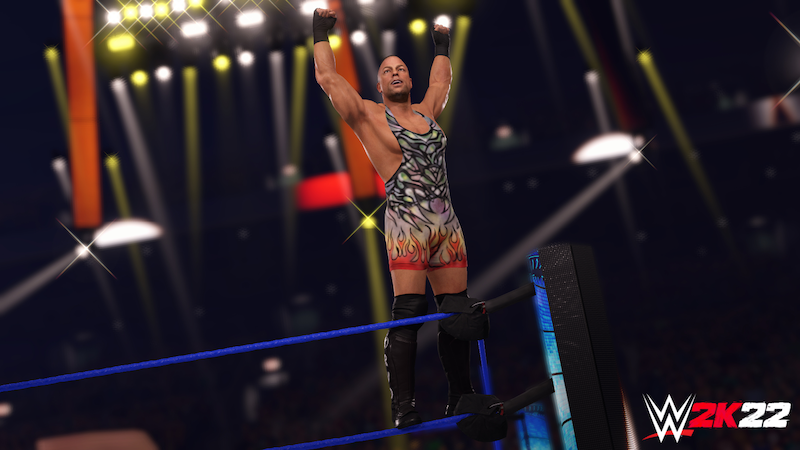 Home / News / The Whole Dam Pack has arrived in WWE 2K22 with 7 new grapplers, including RVD himself

The Whole Dam Pack has arrived in WWE 2K22 with 7 new grapplers, including RVD himself

Mister Monday Night is here. Rob Van Dam has finally come to WWE 2K22, and he’s brought an eclectic set of other wrestlers with him.

The latest DLC pack for WWE 2K22 is the biggest one yet, though it might not be quite what you were expecting. Yes, there’s a mixture of modern and past starts, but there’s also a double-dose of guys you don’t expect to see in a WWE ring.

So before we get to the wrestlers, let’s talk Logan Paul and Machine Gun Kelly. You likely know both names from other endeavors, but both men have been involved in WWE programming in recent times. And while they likely wouldn’t have been first choices for most fans, the personality and singer are indeed in this new pack.

While he’s more or less the spotlight star in The Whole Dam Pack, RVD is joined by LA Knight, Xia Li, Commander Azeez, and the “Warrior of the Sun” Sarray. So you get a pretty good bang for your buck with this one.

The Whole Dam Pack is available now for all versions of WWE 2K22, and can be purchased separately, or as a part of the Season Pass, Deluxe Edition, or nWo 4-Life Digital Edition of the game.

Jason's been knee deep in videogames since he was but a lad. Cutting his teeth on the pixely glory that was the Atari 2600, he's been hack'n'slashing and shoot'em'uping ever since. Mainly an FPS and action guy, Jason enjoys the occasional well crafted title from every genre.
@jason_tas
Previous SDCC 22: Titan Book launches into Comic Con with Conan, PAC-MAN, and more
Next Sideshow adds the Pale Rider to new Clint Eastwood collection