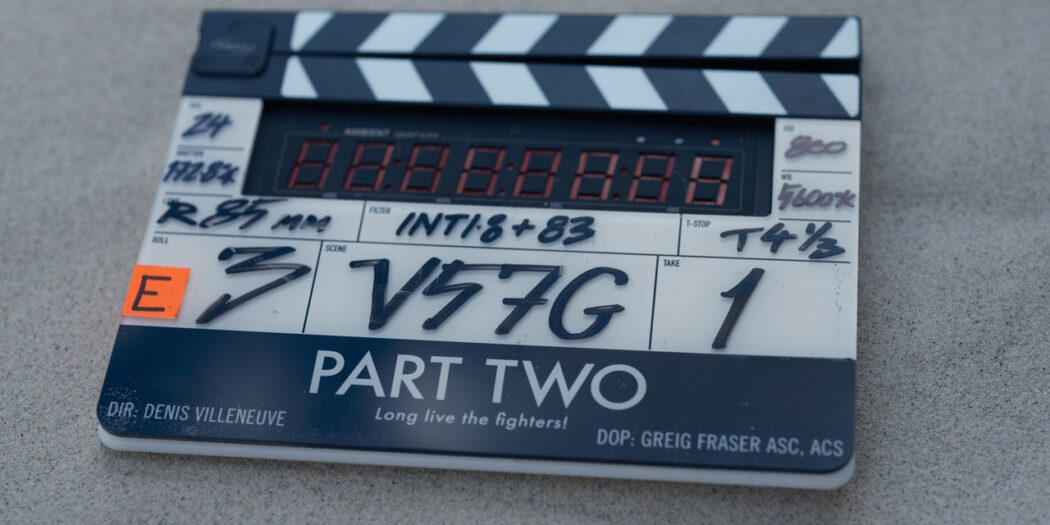 The saga continues as the Dune sequel begins filming

It’s back to the wastes of Arrakis for Dune fans, as Warner Bros and Legendary have begin filming on the sequel to last year’s hit.

This follow-up film will explore the mythic journey of Paul Atreides as he unites with Chani and the Fremen while on a warpath of revenge against the conspirators who destroyed his family. Facing a choice between the love of his life and the fate of the known universe, he endeavors to prevent a terrible future only he can foresee.

Officially titled “Dune: Part Two”, the sequel to 2021’s films is indeed moving forward. Not that that should come as a surprise to anyone, that is. After all, the original movie was well-received by both fans and critics, and it’s been common knowledge that Part Two was in the works.

Nevertheless, it’s always a little bit exciting to see that something has actually begin filming, and that’s the news that we have today. Once again, it’ll be Denis Villeneuve sitting in the director’s chair as well, so if you liked the original, you’ll presumably find Part Two to be a smooth continuance.

“Dune” is being filmed on location in Budapest, Abu Dhabi, Jordan and Italy.  The film is slated for a November 17, 2023 worldwide release from Warner Bros. Pictures and Legendary Entertainment.

Along with Villeneuve, the cast of the original will be returning as well, though they’ll be joined by some new faces. Look for the likes of Christopher Walken (as the Emperor),  Florence Pugh, Léa Seydoux, Souheila Yacoub, along with Austin Butler as the Feyd Rautha. That’s a name to watch in this one, as the classic 80s Dune film starred none other than Sting in that role.

Jason's been knee deep in videogames since he was but a lad. Cutting his teeth on the pixely glory that was the Atari 2600, he's been hack'n'slashing and shoot'em'uping ever since. Mainly an FPS and action guy, Jason enjoys the occasional well crafted title from every genre.
@jason_tas
Previous Video: Here’s a look ay Sideshow’s Obi-Wan Kenobi (Clone Wars) figure, as we hit the launch window
Next Trailer: Evil lives on the Switch this fall, with Dungeons 3