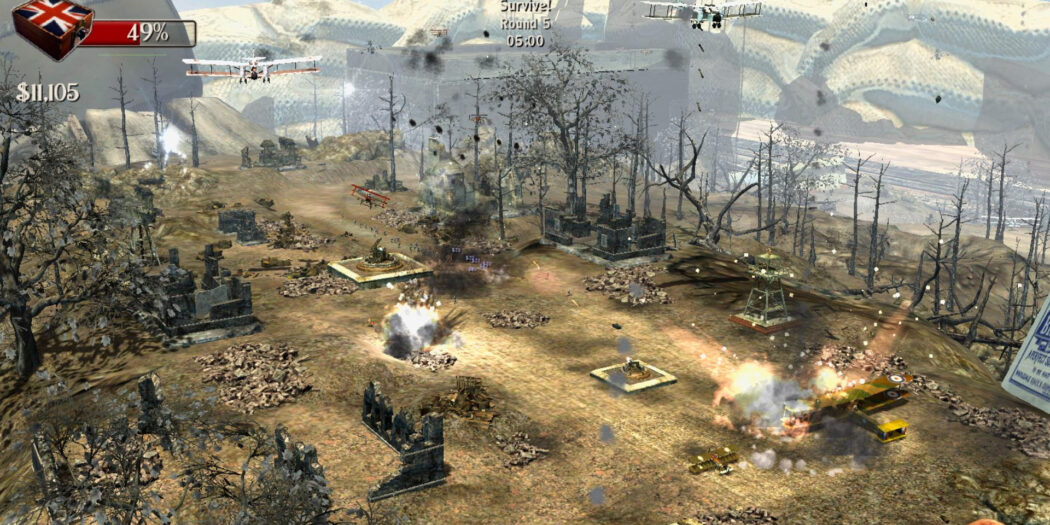 Time to take to the little, plastic battlefields once again, as Nintendo’s Switch welcomes a fresh look at Toy Soldiers HD’s action. It launches this August.

Unlike many tower defense games where you build your defenses and watch the action unfold, Toy Soldiers HD gives you the unique ability to instantly pop in and out of the battlefield from both third-person top-down strategic perspective and overhead first-person POV shooter perspective. Watch the battle play out as you build, upgrade, and repair your defenses or jump directly into the action.

Jason's been knee deep in videogames since he was but a lad. Cutting his teeth on the pixely glory that was the Atari 2600, he's been hack'n'slashing and shoot'em'uping ever since. Mainly an FPS and action guy, Jason enjoys the occasional well crafted title from every genre.
@jason_tas
Previous SDCC 22: Costumes.com sponsoring big brands, bringing exclusives, reveals, and more
Next SDCC 22: Comic Con to host PAC-MAN Celebration 2022