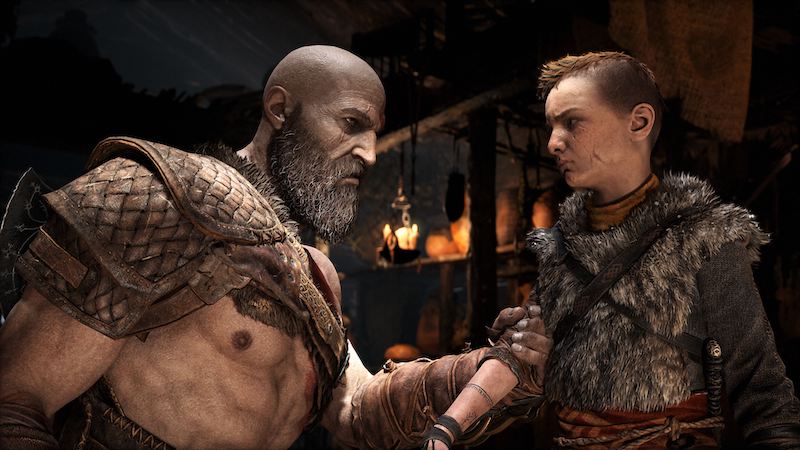 No, this isn’t a look at God of War: Ragnarok’s gameplay, but nonetheless Sony has delivered a pretty cool little cinematic with “Father and Son”.

That’s not a lot to go on, though there’s also some hint of what Ragnarok’s story will contain. The official line on the Youtube post for the above trailer basically lays out the quest for Kratos and Atreus.

The pair will be looking for “answers” before the “prophesied battle that will end the world”. As pretty much everyone knows these days, thanks to Thor, that’s Ragnarok. A cosmic war that will level the Norse gods, and end all things.

But where in all of that are the gods themselves? Well, they’re probably a bit busy preparing for said apocalypse, but the YouTube listing also includes a bot about Kratos and Atreus pressing on, while “the eyes of Asgard watch their every move…”

God of War: Ragnarok lands on the PS4 and PS5 on November 9th.

Jason's been knee deep in videogames since he was but a lad. Cutting his teeth on the pixely glory that was the Atari 2600, he's been hack'n'slashing and shoot'em'uping ever since. Mainly an FPS and action guy, Jason enjoys the occasional well crafted title from every genre.
@jason_tas
Previous Trailer: Toy Soldiers HD blasting onto Nintendo Switch this August
Next SDCC 22: The Con kicks off Hall H festivities with Dungeons & Dragons