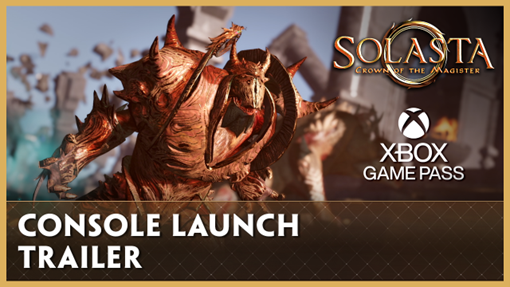 Fresh from a stint on the PC, Solasta: Crown of the Magister has landed on Xbox platforms and is a Day One addition to Game Pass (for Xbox and PC).

Following its release on PC and Mac, it’s time now for Xbox gamers to prepare to think in three dimensions in an epic team adventure that stays true to the tabletop experience. The dynamic and mysterious world features elements of verticality, allowing players to use their surroundings as an element of strategy. Solasta: Crown of the Magister has been optimized for the Xbox family of consoles, featuring a redesigned interface, control pad integration and the ability to play in co-op online, allowing cross-play with PC or cross-platform with other Xbox versions.

Along with the base Solasta: Crown of the Magister game, the full collection of the game’s DLC is also out for the Xbox. Those are separate purchases thorough, and are not included with the Game Pass version of the game.

In addition to the DLC packs, the Xbox version also has access to the PC title’s player-created dungeons. While the creation tool isn’t available on the new platform, you can grab those dungeons, and play ’em in either single or multiplayer modes.

Solasta: Crown of the Magister is out now for Xbox Series X|S and Xbox One.

Jason's been knee deep in videogames since he was but a lad. Cutting his teeth on the pixely glory that was the Atari 2600, he's been hack'n'slashing and shoot'em'uping ever since. Mainly an FPS and action guy, Jason enjoys the occasional well crafted title from every genre.
@jason_tas
Previous House Corrino revealed for 4x strategy title Dune: Spice Wars
Next Coming up: The games of July 2022