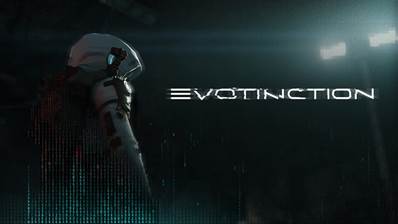 Trailer: Evotinction stealthily hacks its way onto PlayStation and PC

A game that’s been quite a while in the making, Evotinction pits players against aggressive AI assailants. It’s on the way to PC and PS4/5.

Set in the near future, ‘Evotinction’ challenges the relationship between evolution and extinction.  As AI, gene editing and quantum entanglement technologies rapidly develop, its potential threat grows as well.   One day our greatest achievement, will turn on its creators.

The Spikewave Games team is composed almost entirely of die-hard stealth game fans,” said Gu Xingyan, founder of Spikewave Games. “Ever since we first started working on Evotinction in 2016, we have been committed to exploring a unique near-future dystopian setting that lets us tell a gripping story and explore cool, futuristic tech with the potential to enrich the stealth genre. I think you will agree that Evotinction delivers on that promise.

Evotinction doesn’t have a release date just yet, but is on the way to the PlayStation 4 and 5, as well as the PC.

Jason's been knee deep in videogames since he was but a lad. Cutting his teeth on the pixely glory that was the Atari 2600, he's been hack'n'slashing and shoot'em'uping ever since. Mainly an FPS and action guy, Jason enjoys the occasional well crafted title from every genre.
@jason_tas
Previous Destruction to play a big part in Company of Heroes 3
Next Nintendo Download: Turtle-y Rad Ninjas Come Out of Their Shell