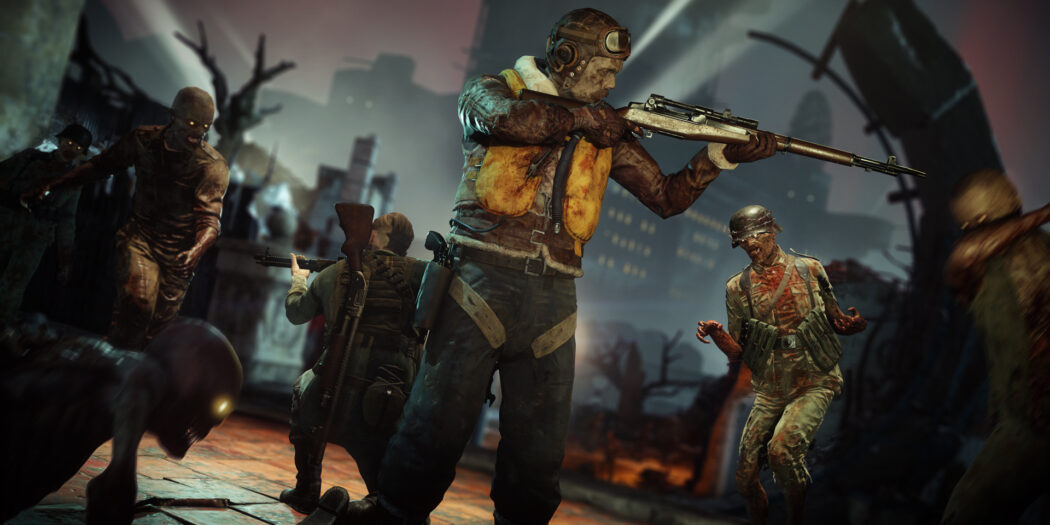 The undead are marching on Nintendo’s Switch, and it’s going to mean war. And we mean that as in ‘Zombie Army 4: Dead War is out right now’.

Developed by Rebellion North, Zombie Army 4: Dead War on Nintendo Switch dynamically changes resolution to ensure a smooth 30fps experience, running up to 1080p when docked and 720p when undocked. The game includes a number of Nintendo Switch-specific features and in-game Achievements. Players are able to utilize the gyroscope to fine-tune their aim or use the Pro Controller. Upon completing the base game’s storyline they will unlock ‘Nightmare Mode,’ which will increase the challenge even further. Zombie Army 4 also takes advantage of Steam Cross-Save* – allowing users to take their Steam saves onto their Nintendo Switch to continue the fight on the move.

As a side note too, all other platforms now have Season One for free as well. So if you own the game on Xbox (for example), you can dig in for no extra charge as well.

Zombie Army 4: Dead War is out now on the Switch, as well as Xbox and PlayStation platforms, and the PC.

Jason's been knee deep in videogames since he was but a lad. Cutting his teeth on the pixely glory that was the Atari 2600, he's been hack'n'slashing and shoot'em'uping ever since. Mainly an FPS and action guy, Jason enjoys the occasional well crafted title from every genre.
@jason_tas
Previous McFarlane’s monstrous new wave of DC Multiverse figures focuses on Blackest Night
Next G.I. Joe Classified’s latest recruits include Dusty, Zarana, Crimson Guard