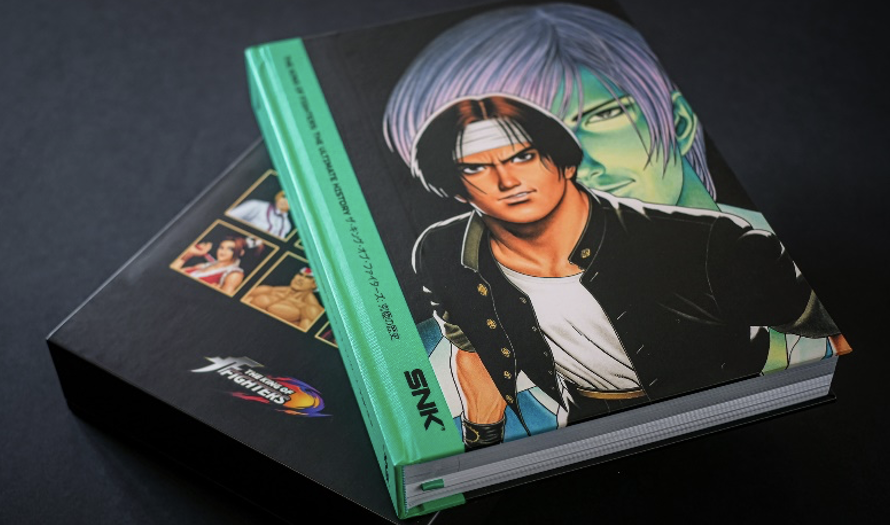 SNK fans will want to have a look at what Bitmap Books’ latest. The publisher has a new art tome on tap that explores King of Fighters.

As fighting games go, there are a few that are at the very top of the heap. SNK’s King of Fighters is not only tops when it comes to its own publisher, but it’s right there with the very best of the genre.

Now publisher Bitmap Books is prepping a look back at the series, digging into its characters, its creation, and its legacy. And apparently there are a few mysteries to unravel as well.

In the first officially licensed and fully endorsed book of its type, the story of the KOF franchise is revealed in its entirety. THE KING OF FIGHTERS: The Ultimate History grants access to illustrations and artwork, as well as the key members of the original development team. This official history delivers a comprehensive visual and written history of KOF: It celebrates iconic characters such as Kyo Kusanagi and Iori Yagami, as well as the voice actors who brought them to life. It uncovers never-before-seen details about the mysterious origins of KOF and delves into the sumptuous pixel art and rich story narratives the series is known for. With its wealth of imagery and information, this is the ultimate KOF history.

In addition to the base version of the book, there will also be an All-Star Edition. That version will include the title, but also a slipcase, five prints, and a postcard emblazoned with world from artist Eisuke Ogura. That slipcase is something else too, and includes “a series of touch-panels”. Press one of them and you’ll be treated to sounds from the games.

The King of Fighters: The Ultimate History hits stores this summer and is priced at $45.50 USD. The All-Star Edition is going to run you a bit more, but honestly not all that much more, at $71.50 USD. All in all, with the extra inclusions, it sounds like a pretty solid deal.

Jason's been knee deep in videogames since he was but a lad. Cutting his teeth on the pixely glory that was the Atari 2600, he's been hack'n'slashing and shoot'em'uping ever since. Mainly an FPS and action guy, Jason enjoys the occasional well crafted title from every genre.
@jason_tas
Previous Trailer: The insanity returns as Postal 4: No Regerts hits the PC
Next A trio of new Sega Genesis classics come to the Switch