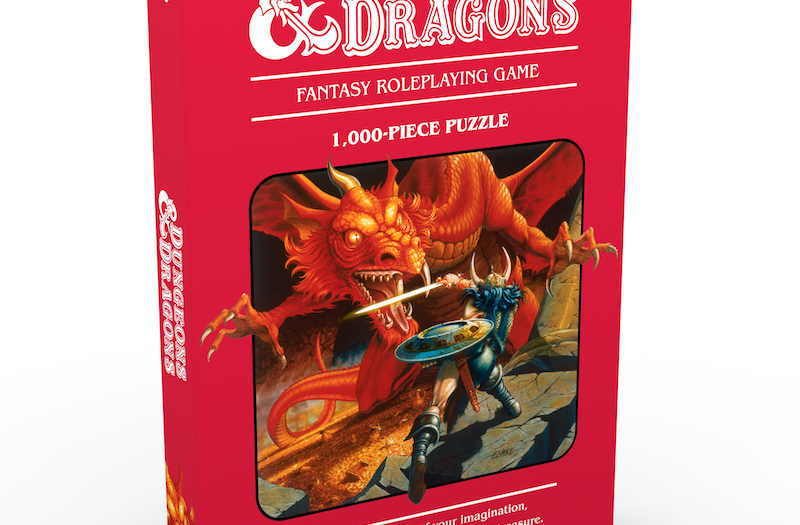 Dungeons and Dragons fans who’ve been using a digital option to engage in their favorite role-playing tabletop now have an ‘official’ choice.

When it comes to tabletop games, there’s no substitution for in-person, same-room play. That aside though, and if the last few years have taught players anything, it’s that remote options are definitely valuable tools. One of the biggest of those, is D&D Beyond.

Created in 2017, D&D Beyond was pretty quickly picked up by a pompano called Fandom. You might not be familiar with that name, but Fandom is a purveyor of digital tabletop solutions, and they apparently threw their weight behind DDB in a big way.

The toolset is the biggest available, counting some “10 million registered users”. Pretty impressive for something that I think most players would still consider a niche branch of the hobby.

Hasbro, Dungeons & Dragons parent company, actually counts Beyond as one of the reasons that the brand continues to grow. If you didn’t know, and I didn’t, D&D clocked 8 consecutive years of growth in 2021. That’s good to hear, since it does at times appear that tabletop is fast-becoming a forgotten form of entertainment.

Since it’s contributed so much to D&D in general, it’s no surprise to see that Hasbro took action to secure the Beyond label. That came by way of a $146.3 million buyout.

Here’s part of the official statement:

Since 2017, D&D Beyond has helped to power DUNGEONS & DRAGONS tabletop play and deliver the brand’s eighth consecutive year of growth in 2021. Over the last three years, the royalty paid to Hasbro by D&D Beyond has represented a significant contribution to the fastest growing source of revenue for DUNGEONS & DRAGONS. The strategic acquisition of D&D Beyond will deliver a direct relationship with fans, providing valuable, data-driven insights to unlock opportunities for growth in new product development, live services and tools, and regional expansions. As part of Wizards, the brand’s leadership will soon be able to drive a unified, player-centric vision of the world’s greatest role-playing game on all platforms.

“The acquisition of D&D Beyond will accelerate our progress in both gaming and direct to consumer, two priority areas of growth for Hasbro, providing immediate access to a loyal, growing player base,” said Chris Cocks, Hasbro Chief Executive Officer.

“Hasbro’s gaming portfolio is among the largest and most profitable in the industry, and we continue to make strategic investments to grow our brands, including in digital.”
“This is the perfect next step for the talented D&D Beyond team, who built a transformative digital product that engaged and delighted millions of D&D fans around the world,” said Perkins Miller, CEO of Fandom.

“We can’t wait to see what this team will do next as an integral part of the D&D franchise, and I look forward to investing in more brands and products to super serve Fandom’s 300 million+ global fans.”

“D&D Beyond has been one of our most valuable partners in the digital space for the past six years and we’re excited to bring their best-in-class talent onto our team,” said Cynthia Williams, President of Wizards of the Coast and Digital Gaming. “The team at D&D Beyond has built an incredible digital platform, and together we will deliver the best-possible DUNGEONS & DRAGONS experience for players around the world.”

The deal is expected to close some time in the later half of this year.

Jason's been knee deep in videogames since he was but a lad. Cutting his teeth on the pixely glory that was the Atari 2600, he's been hack'n'slashing and shoot'em'uping ever since. Mainly an FPS and action guy, Jason enjoys the occasional well crafted title from every genre.
@jason_tas
Previous Threezero’s take on G.I. Joe’s Cobra saboteur hits pre-order with new Firefly figure
Next Go behind the scenes with Dotemu, and see how their new TMNT title came to be