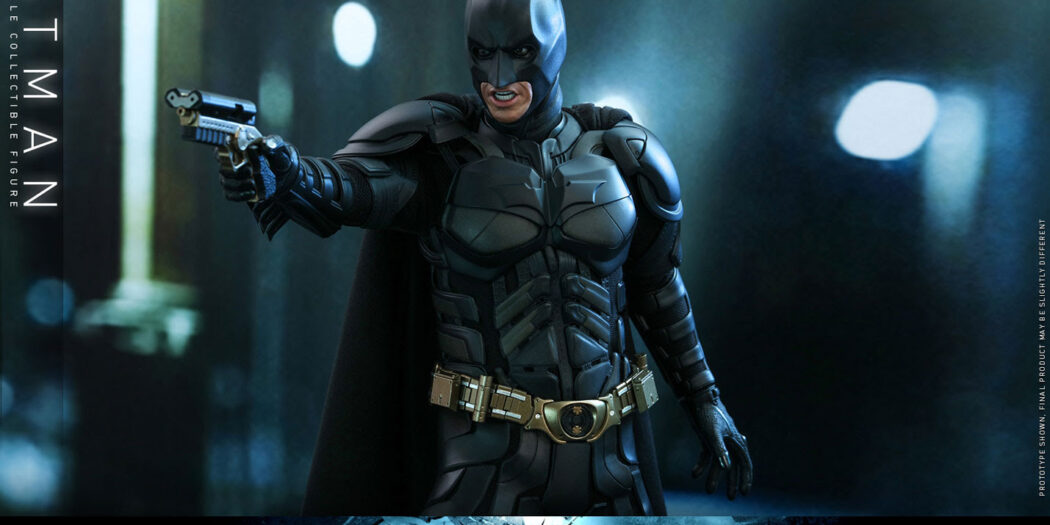 Christopher Nolan’s final Bat-film, and the movie that closed out the trilogy, “The Dark Knight Rises” Batman is the latest addition to Hot Toys catalog.

The Dark Knight Rises… well it wasn’t the biggest fan-favorite of Batman films. Sure plenty of fans loved it, but it wasn’t the hit that the first two movies in the set were. As a Bat-fan myself, I had a whole mess of problems with it. One of those though, was not the now-classic design of the Nolanverse costume.

The suit that appears in the movie is basically the same one that was in The Dark Knight. It’s all-black, with the muted bat-emblem on the chest, and had what was a clearly armored look.

And it’s all of that, that goes into the newest addition of the character to appear in Hot Toys lineup. Shipping sometime over the next few months, Batman features multiple cowled-face sculpts, a Bruce Wayne head, and plenty of accessories.

After years of hiding, Bruce Wayne is forced to overcome his past when a ruthless mercenary takes control of the underworld, and threatens Gotham City. With the help of the mysterious Catwoman and his butler Alfred, Bruce must don the cape and cowl once again to protect the citizens of Gotham from their greatest enemy yet.

Check out Sideshow’s FIRST UNBOXING VIDEO to get an up-close look at this eagerly anticipated figure and its accessories.

The figure is still up for pre-order now, priced in at $290 USD, and ships very soon. Expect it some time from this month (April) through June.

Jason's been knee deep in videogames since he was but a lad. Cutting his teeth on the pixely glory that was the Atari 2600, he's been hack'n'slashing and shoot'em'uping ever since. Mainly an FPS and action guy, Jason enjoys the occasional well crafted title from every genre.
@jason_tas
Previous Fresh Mortal Kombat, Cobra Kai, Star Wars and more all on shelves from DST this week
Next Judgement Day opens up Marvel’s latest big event this July