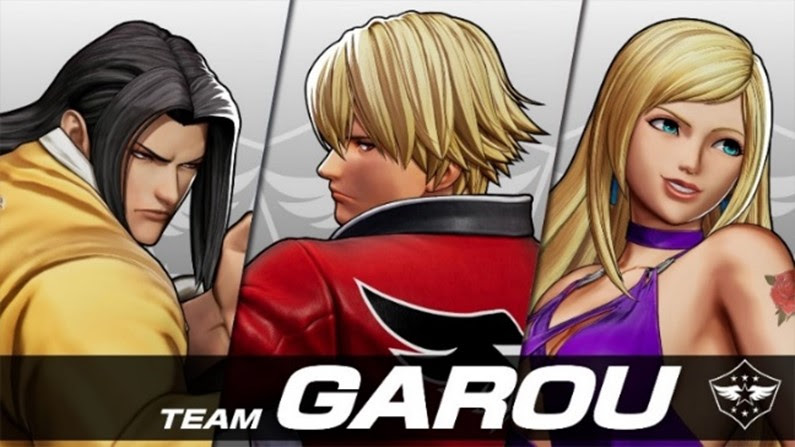 The Mark of the Wolves has arrived for the just-launched King of Fighters XV, bringing Rock Howard, B. Jenet, and Gato from the fan favorite fighter.

While it might not be the first game that you think of when you recall SNK’s Fatal Fury series, Mark of the Wolves has a rabid fanbase. The spinoff fighter made a name for itself, spawning a set of characters that have become pretty big names.

Now three of those fighters have returned, and are ready to bring it to the new King of Fighters title, as the 1st of the planned DLC packs. The team includes Rock Howard (naturally), plus B. Jenet, and Gato.

Though he’s the son of the fearsome Geese Howard, this young fighter with a complicated past was raised by Terry Bogard. A virtual prodigy when it comes to fighting, Rock has learned to utilize fighting styles passed down from both his father and stepfather. B. JENET convinces him to join Team GAROU this KOF.

This cold and calculated master-class fighter always strays away from the pack. He set out for vengeance after his mother died at the hands of his father. Though he wishes to go his own way, B. JENET was able to convince him to join the team as she has some info on his father’s whereabouts.

The leader of a band of pirates known as the Lillien Knights, B. JENET has toured the world far and wide. Daughter of the Behrn family, an influential international cartel, she became bored of her luxurious but tedious life and ran away to form the Lillien Knights. After the tumultuous events of the previous KOF, B. JENET has her suspicions that the worst is not over yet and sets her sights on joining this KOF to see what’s in store.

Team Garou is out right now to be added onto your base copy of King of Fighters XV. As mentioned though, this new team is just the beginning. The next 3 person squad will be Team South Town, and land some time in May. Beyond that, there are 2 more planned drops, but just what they might be is still a mystery.

King of Fighter XV is out now for consoles and PC.

Jason's been knee deep in videogames since he was but a lad. Cutting his teeth on the pixely glory that was the Atari 2600, he's been hack'n'slashing and shoot'em'uping ever since. Mainly an FPS and action guy, Jason enjoys the occasional well crafted title from every genre.
@jason_tas
Previous Trailer: “Endless mode” and more added to Inscryption
Next All new DC Comics animated short collection on the way with Constantine – The House of Mystery