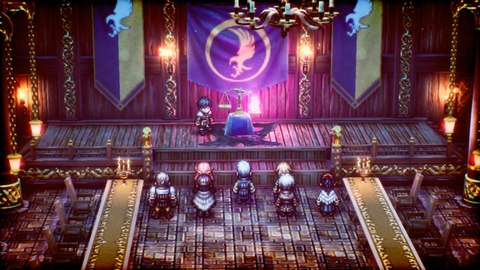 Triangle Strategy arrives on the Switch today, headlining a week that includes Gunborg, Hundred Days, and lots of smaller releases.

It’s kind of a slow week for Nintendo gamers, though there is one very bright spot (potentially) with Triangle Strategy. The RPG casts players as the heir of House Wolffort, who must decide how best to lead. The trick comes in, in that each of your advisers has a vote as well. And how they all vote depends on how they align with you. So some very interesting possibilities there.

Once you get past TS though, there’s precious little notable out there. Gunborg looks kind of interesting as well, but unless you’re really into wine, that’s just about it this week.

Not to say that there aren’t other releases, because there are plenty, but I wouldn’t call any of them highlights. Nevertheless, maybe something might catch your attention, so scroll down to check ’em out.

Jason's been knee deep in videogames since he was but a lad. Cutting his teeth on the pixely glory that was the Atari 2600, he's been hack'n'slashing and shoot'em'uping ever since. Mainly an FPS and action guy, Jason enjoys the occasional well crafted title from every genre.
@jason_tas
Previous Even You Can Enjoy Eldin Ring
Next Trailer: Gunslinging (and other things) can have consequences in Weird West