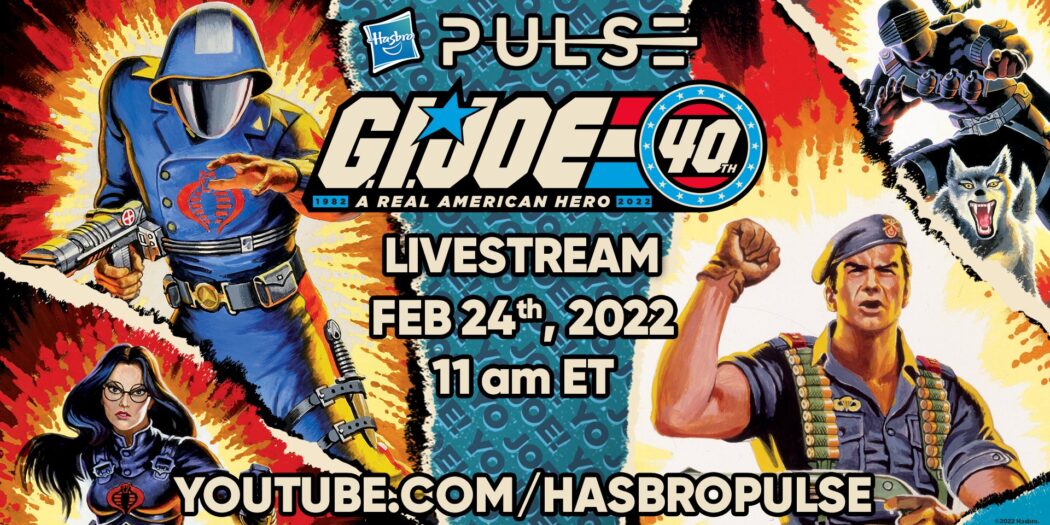 Hasbro held a showcase today, revealing a bunch of upcoming stuff, as well as pre-orders for the Crimson Twins, Stalker, the Viper multi-pack and more.

If you’re a Joe fan, today was a pretty nice little highlight. Hasbro revealed that a bunch of new figures are coming up, including Doctor Mindbender, Kamakura (yes, really), Dusty, a Crimson Guard, and Zaranna.

Sub-teams are also expanding with a Python Patrol Cobra Trooper, and Tiger Force versions of Recondo and Bazooka. Of course, those 3 will be exclusive to Target, so Happy Hunting.

The O-ring line is expanding again too, with Cobra Trooper and Officers, as well as an incredible looking Megatron and Baroness 2 pack. The kicker there, is that Baroness can actually fit inside Megatron’s HISS form. Oh, and unlike with the other items mentioned here, the HISS pack is up for pre-order today.

About that too, Stalker, Tomax, Xamot, and that Viper 3 pack are also hitting for pre-order today. Actually, they’ll be available in just a few minutes time, at 1pm Eastern.

Our sponsors at Entertainment Earth will offer each, though you’ll be able to grab these figures via Hasbro Pulse and most other outlets too. In other words, these guys aren’t store-exclusives.

Here’s the link to the EE page where you’ll be able to find them. Just hit the link at 1pm to check ’em out and get your pre-orders in.

Jason's been knee deep in videogames since he was but a lad. Cutting his teeth on the pixely glory that was the Atari 2600, he's been hack'n'slashing and shoot'em'uping ever since. Mainly an FPS and action guy, Jason enjoys the occasional well crafted title from every genre.
@jason_tas
Previous Nintendo Download: Frozen Floes and Fearsome Foes
Next Peacemaker (and Eagly) announced as newest Hot Toys figures