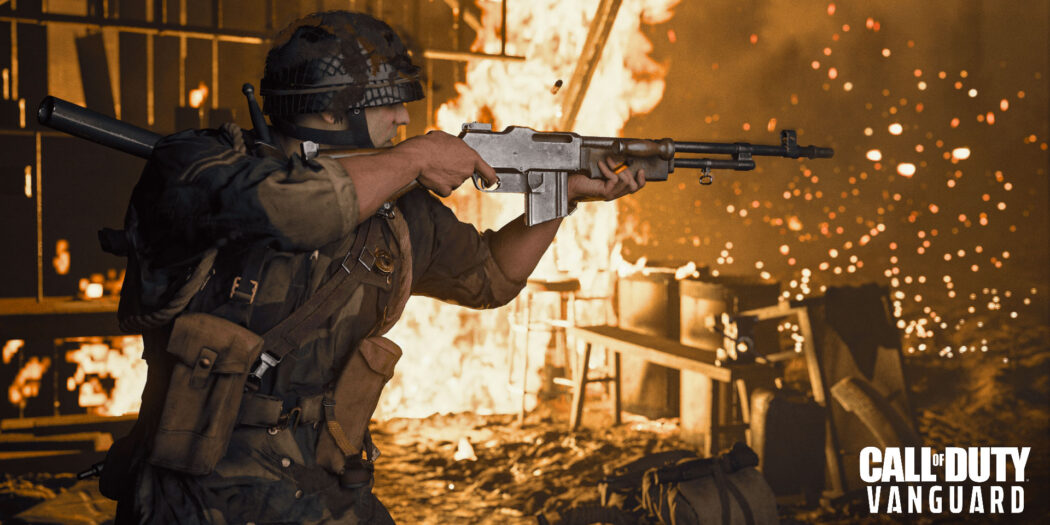 Ambitious CoD fans, lack and load and listen up. Ranked play is on the way for Activision’s latest, and is set to arrive for Call of Duty: Vanguard this week.

It’s kind of weird to think that ranked play wasn’t already included in Vanguard, as competitive as that scene is. That though, is set to be corrected this week, with the arrival of the element for the latest in the Call of Duty series. Well, it is in Beta format anyway.

Officially titled the Ranked Play Beta, you’ll be able to rank up (or down, presumably) in Vanguard starting on the 17th. And as you’ll see, there are some rewards too, for those who can hit their marks.

With the release of Ranked Play Beta in Season Two, players will get to jump into competitive 4v4 CDL Hardpoint, CDL Search & Destroy, and CDL Control matches using the same weapons, settings, and maps used in the Call of Duty League. New in Vanguard Ranked Play are Seasonal Skill Ratings, Divisions, and Tiers! Each Season, players will compete in five Skill Evaluation matches to earn a starting Skill Rating and Skill Division placement. Ranked Play players will also be able to display their competitive achievements with exclusive Ranked Play Rewards that can be used in both Call of Duty: Vanguard and Warzone.

For the full skinny on what’s coming up with Ranked Play, make sure to hit Call of Duty’s official league page here.

Jason's been knee deep in videogames since he was but a lad. Cutting his teeth on the pixely glory that was the Atari 2600, he's been hack'n'slashing and shoot'em'uping ever since. Mainly an FPS and action guy, Jason enjoys the occasional well crafted title from every genre.
@jason_tas
Previous Trailer: Gravitas Ventures’ Hunting Bigfoot scares up a legend today
Next That old cheating magic returns for BloodRayne remasters