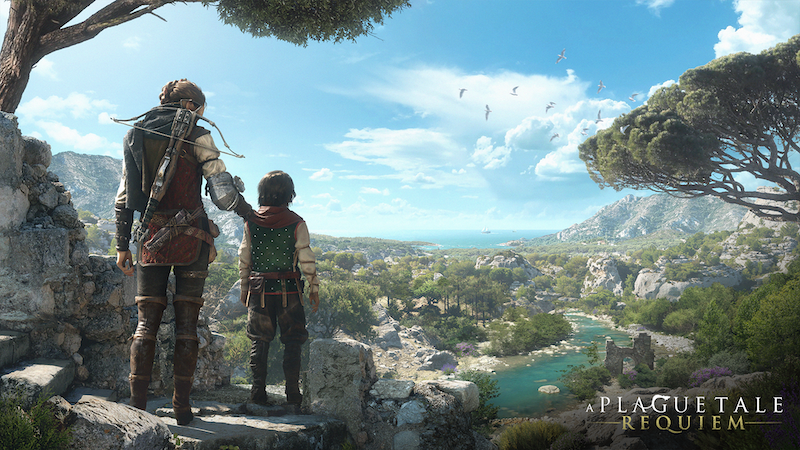 A huge new world to play in, and some incredible looking graphics highlight the first in-game look at A Plague Tale: Requiem.

As Robert Louis Stevenson’s poem “Requiem” sets the tone, witness the first glimpses of Amicia and Hugo’s epic new adventure in a brutal, breathtaking world twisted by supernatural forces. After escaping their devastated homeland, Amicia and Hugo journey far south to new regions and vibrant cities. Discover the cost of saving those you love in a desperate struggle for survival. Strike from the shadows or unleash hell, overcoming foes and challenges with a variety of crafted tools and supernatural powers.

A Plague Tale: Requiem is on the way in 2022 for the Xbox Series X|S (and Game Pass), PS5, and PC. A Switch edition is coming up too, but it will be a cloud version.

Jason's been knee deep in videogames since he was but a lad. Cutting his teeth on the pixely glory that was the Atari 2600, he's been hack'n'slashing and shoot'em'uping ever since. Mainly an FPS and action guy, Jason enjoys the occasional well crafted title from every genre.
@jason_tas
Previous Trailer: Filthy orcses feature in first look at The Lord of the Rings: Gollum
Next Get ready for mystical action aplenty in Evil West’s latest look