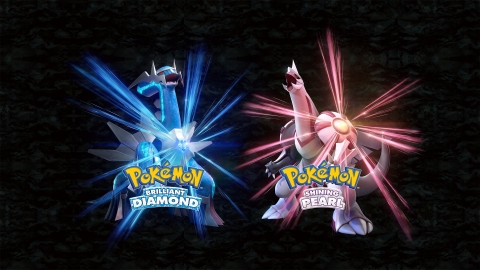 Nintendo Download: Become the Champion of the Pokémon League!

It’s Pokémon time once again for Switch gamers, with the arrival of Brilliant Diamond and Shining Pearl, two huge holiday releases for Nintendo.

That’s right, it’s time to catch ’em all once again, as Pokémon Diamond Version and Pokémon Pearl Version hit the Switch tomorrow. The games will be available separately, or in a double-pack, and will offer up a new and improved version of the originals.

Not a fan? Well, there are still some games that might interest you this week. Death’s Door, an excellent little aRPG is out as well, as is Ruined King and Hextech Mayhem. Both are “League of Legends” stories, which is a new thing for that series.

The ReVamped versions of the BloodRayne games hit as well, on top of NASCAR HEAT, and a ton of smaller releases. Check ’em all out in the listing below.

Jason's been knee deep in videogames since he was but a lad. Cutting his teeth on the pixely glory that was the Atari 2600, he's been hack'n'slashing and shoot'em'uping ever since. Mainly an FPS and action guy, Jason enjoys the occasional well crafted title from every genre.
@jason_tas
Previous Trailer: Side-scrolling adventure Unbound: Worlds Apart coming in February ’22
Next Trailers: BloodRayne and its sequel arrive in ReVamped form