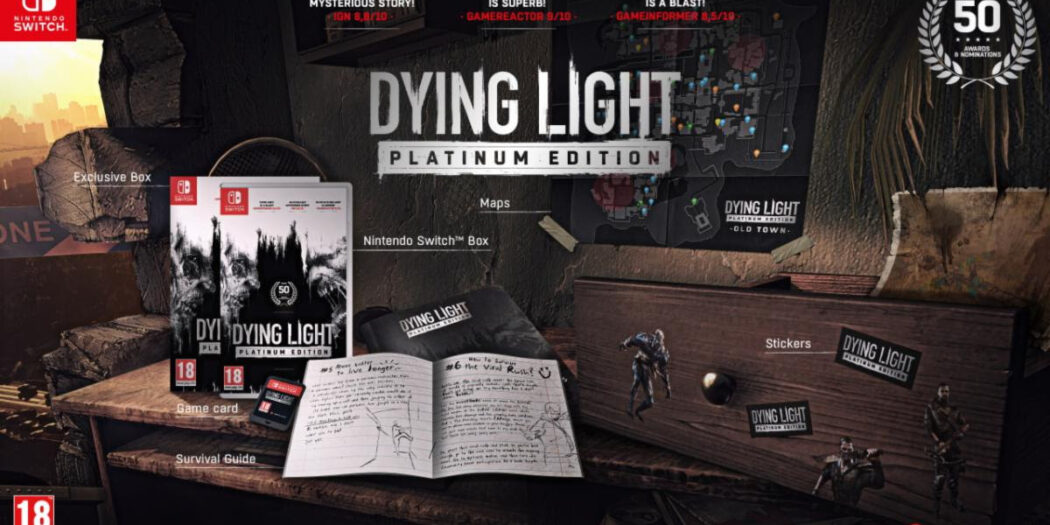 Dying Light: Platinum Edition coming to the Switch next month

The sequel might still be a ways off, but Techland’s original Dying Light is coming the Nintendo Switch much sooner. And it’s packing all the extras.

If you’re a Dying Light fan already, then you’re likely patiently (or not-so) waiting for the sequel, which was delayed into early 2022. But while that new title arrives in February, there is another chance to play the original. And if you like, you can do it in handheld form.

Dying Light: Platinum Edition is on the way for the Nintendo Switch, and schedule to hit in just a few weeks. As you might imagine too, that “Platinum Edition” tag means it’s stocked with bonuses.

All 4 major DLC packs are included, as well as 17 skin packs, for both your character and vehicles. But that’s not all, as the game will also take advantage of the Switch’s unique options.

“HD rumble, touchscreen support, gyro aiming, local and online co-op, and motion controls” are all included in the deal. And again, it’s a portable Dying Light too, which is pretty slick all by itself.

First-person action survival game set in a post-apocalyptic open world overrun by flesh-hungry zombies. Roam a city devastated by a mysterious virus epidemic. Scavenge for supplies, craft weapons, and face hordes of the infected. Dying Light was published in 2015, and has been played by over 20 million people all over the world. From the creators of hit titles Dead Island and Call of Juarez. Winner of over 50 industry awards and nominations. The game whose uncompromising approach to gameplay set new standards for first-person zombie games. Still supported with new content and free community events years after the release.

Dying Light: Platinum Edition lands on the Nintendo Switch on October 19th. As for that sequel, the Cloud (streaming) Edition of Dying Light 2: Stay Human arrives on February 2nd.

Jason's been knee deep in videogames since he was but a lad. Cutting his teeth on the pixely glory that was the Atari 2600, he's been hack'n'slashing and shoot'em'uping ever since. Mainly an FPS and action guy, Jason enjoys the occasional well crafted title from every genre.
@jason_tas
Previous Trailer: In Sound Mind now invading minds on consoles and PC
Next Trailer: The Aftershocks update arrives for The Walking Dead: Saints and Sinners