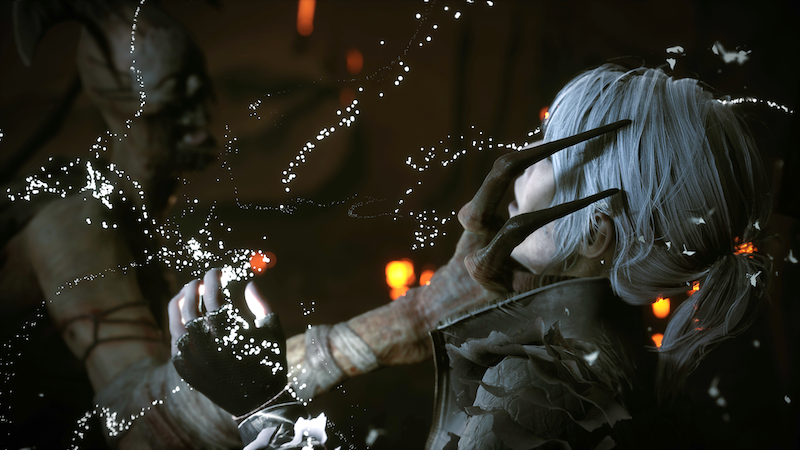 Home / News / Trailer: The Medium out now for PS5

Trailer: The Medium out now for PS5

Originally a timed-Xbox exclusive, Bloober Team’s horror title The Medium has sensed its way to the PS5. The game is out now, complete with launch look.

The Medium is a third-person psychological horror game that features innovative dual-reality gameplay. Players assume the role of Marianne, a medium gifted with several psychic abilities, and explore the real and spirit world both alternatively and simultaneously to uncover a dark mystery masked by disturbing secrets, sinister spirits, and devious puzzles only a medium can solve. The Medium is enriched by an original soundtrack co-composed by Akira Yamaoka, known for his work on the Silent Hill series, and Bloober Team’s Arkadiusz Reikowski, creating a truly unique atmosphere across both worlds.

The PS5’s version of The Medium won’t be exactly the same game as the previous release. The new edition will have DualSense compatibility, and will feature a “supernatural sensation” when gamers “shifting to the spiritual world, solving puzzles, and following various paths”.

With this launch, The Medium is now available for the PS5, Xbox Series X|S, and PC.

Jason's been knee deep in videogames since he was but a lad. Cutting his teeth on the pixely glory that was the Atari 2600, he's been hack'n'slashing and shoot'em'uping ever since. Mainly an FPS and action guy, Jason enjoys the occasional well crafted title from every genre.
@jason_tas
Previous Fire Tonight: An Interview With Game Developer Simon Paquette & Kurt Larson Of Information Society
Next Call of Duty: Black Ops Cold War’s season 5 starts September 9th