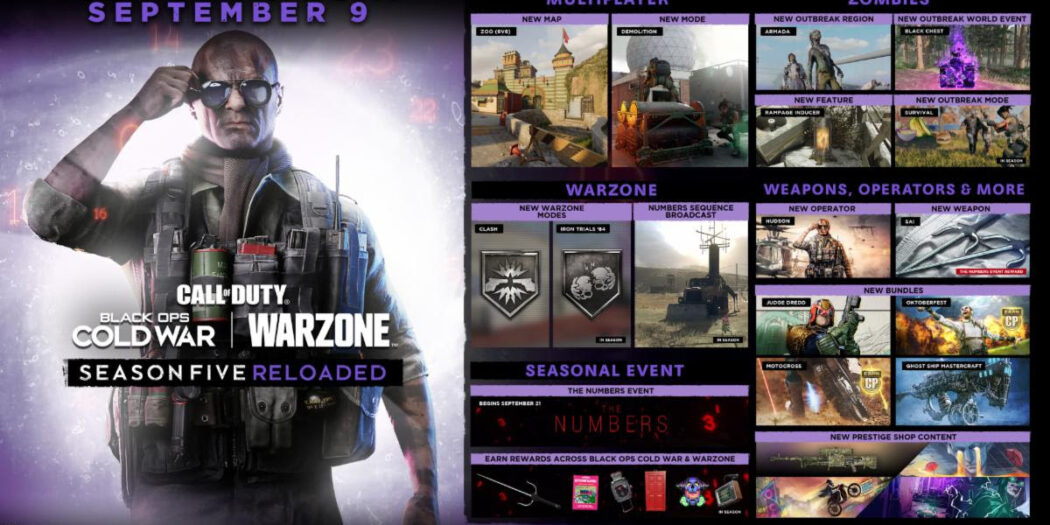 Getting Cold in here

Yes CoD fans, it’s almost time once again for a fresh infusion of content. And man, is Season Five loaded up. Not only does the new pack include Zombie, a new Outbreak “World Event” and loads of Warzone stuff (including Judge Dredd!), but there’s also a pair of returning favorite modes.

Both Black Ops’ Zoo and Modern Warfare 2’s Demolition have been brought back for your runnin’ and gunnin’ pleasure. But again, there’s a lotta ‘new’ in this one, so scroll down and have a peek and the loadout in full.

Jason's been knee deep in videogames since he was but a lad. Cutting his teeth on the pixely glory that was the Atari 2600, he's been hack'n'slashing and shoot'em'uping ever since. Mainly an FPS and action guy, Jason enjoys the occasional well crafted title from every genre.
@jason_tas
Previous Trailer: The Medium out now for PS5
Next Star Wars’ Tarkin gets the Jumbo Figure treatment from Gentle Giant