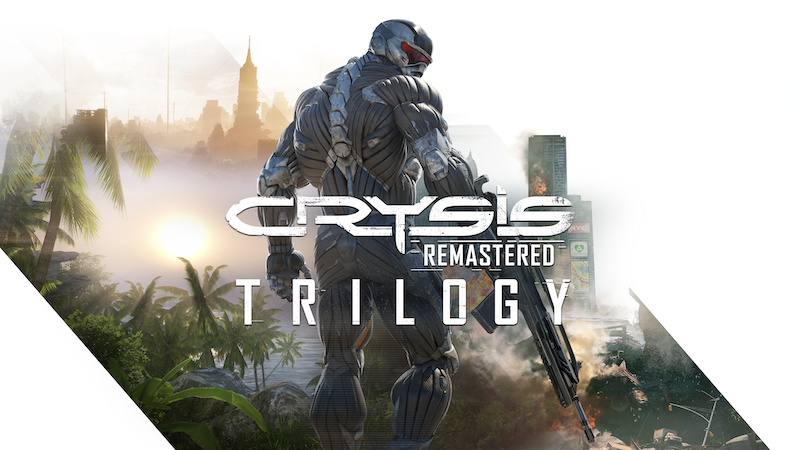 So it, in fact, does run Crysis. And I’m referring to the current generation of consoles and the PC (natch’), as the Crysis Remastered Trilogy is on the way.

No, there’s no new game with the title attached, but Crysis is most definitely back in the entertainment sphere. Or at least, it will be, as the Crysis Remastered Trilogy is set to arrive on October 15th.

The set of three games will be be a bundle deal, though you’ll also be able to pick up parts 2 and 3 separately if you like. And even if you’ve played the original releases, you still may want to do that, since they look just a shade better now.

Check out the twin comparison videos below, as Crysis shows off the upgrades that Xbox and PlayStation gamers in particular are in for.

Some of those shots are pretty stark. Crysis’ trio of installments were already good looking games, but the graphical updating from the Xbox 360 and PS3 editions are hard to miss.

Crysis Remastered Trilogy is optimized and enhanced for next-generation consoles, letting each game play smoother than ever before. The original games played at an average of 720p resolution and up to 30 FPS. On Xbox Series X and PlayStation®5, the Crysis remasters play between 1080p and 4K at up to 60 FPS, achieved with dynamic resolution for excellent performance on today’s hardware. In addition to substantial performance gains, Crysis Remastered Trilogy features improved lighting and visually enhanced characters, weapons, and environments, plus high-definition textures for crystal clear images.

Crysis Trilogy Remastered is once again hitting on the 15th of October, and will get physical releases for the Xbox Series X and PS5. That’s in addition of course, to the digital launches, which will be for the above, as well as the Xbox Series S, Switch, and PC.

Once again too, the new versions of Crysis 2 and 3 will be available to buy separately. The original Crysis, if you remember, is already out in enhanced form.

Jason's been knee deep in videogames since he was but a lad. Cutting his teeth on the pixely glory that was the Atari 2600, he's been hack'n'slashing and shoot'em'uping ever since. Mainly an FPS and action guy, Jason enjoys the occasional well crafted title from every genre.
@jason_tas
Previous Trailer: Tropico 6’s Festival DLC is out now on consoles
Next Trailer: Go back to a simpler time, in Gamious and Whitethorn Games Lake