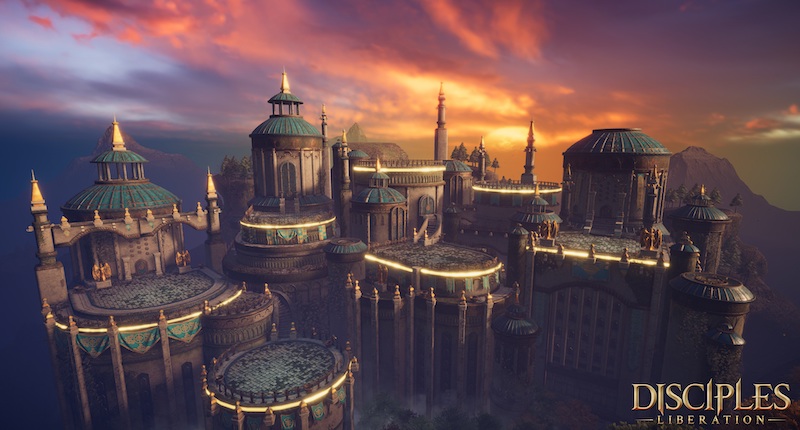 Kalypso has revealed a selection of 4K screenshots, a trailer, and a release date for the upcoming strategic role-player Disciples: Liberation.

If you dig a little strategic gameplay with your RPGs, then you’re definitely going to want to check out what Kalypso and developer Frima has on tap with Disciples: Liberation. The upcoming title is looking sharp in a drop of brand new screenshots, all of which show off the game’s impressive 4K looks.

In addition to the above, there’s also a trailer to check out. And in that, you’ll get a sense of D:L’s strategy gameplay.

Disciples: Liberation marks a new beginning for the franchise, allowing players to explore a richly detailed dark fantasy world, fight foul beasts in intricate turn-based combat, take on hundreds of unique quests and foster relationships with an assortment of in-world factions: from a human empire tinged by religious extremism to the dark forces of the undead lead by a mad queen. Alliances forged, players can build an army and trade hard-earned resources for an assortment of upgrades to their home base. No choice is without consequence and depending on decisions and political alignments, one wrong move could see a deadly domino effect, irrevocably changing the course of their story.

Ready to begin your quest? Well, the game’s launch isn’t too far off, so if you are then you’re in luck. Also just revealed, Disciples: Liberation will be questing onto the PS4, PS5, Xbox One, Xbox Series X|S, and PC this October the 21st.

Jason's been knee deep in videogames since he was but a lad. Cutting his teeth on the pixely glory that was the Atari 2600, he's been hack'n'slashing and shoot'em'uping ever since. Mainly an FPS and action guy, Jason enjoys the occasional well crafted title from every genre.
@jason_tas
Previous Trailer: Sonic and Tails speed into Sega’s Super Monkey Ball
Next Trailer: Co-op horror FPS Ripout gets first full length look