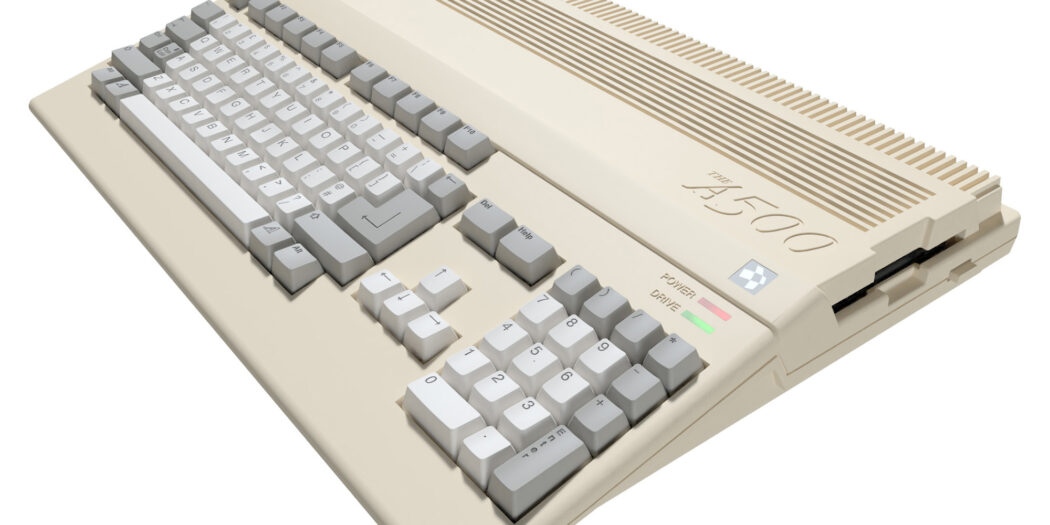 The age of Amiga has come again, as THEA500 Mini is set to make its way into store in early ’22. The new mini console comes packed with 25 games.

One of the few classic consoles that I’ve personally never been able to get some time with, the Amiga has always piqued my interest. The little system had some great titles published for it, and still has a terrific fanbase even today.

It was kind of ahead of its time too, recognized as a 16bit console even though it launched in 1987. And if you remember, that era didn’t ‘officially’ kick off til quite a bit after that.

So with that in mind, it should probably come as no shock that The Amiga is getting a retro-themed mini console. Retro Games and Koch Media made the announcement today, with the console targeting an early 2022 release.

And as you can see, it’s pretty packed.

The system will come complete with 25 Amiga classics, like Another World, Simon The Sorcerer, The Chaos Engine, and Worms. But in a phenomenal move, the fun doesn’t have to stop there. THEA500 Mini will also allow for side-loading of new games via USB stick, and a promised “array of options to choose from”.

Speaking of, the console will also include multiple control options. It basically is a keyboard, but in addition there’s a mouse and a control pad. So you should have no trouble playing your favorite classics again.

Fully licensed, THEA500 Mini doesn’t yet have a firm release date, but will hit early next year. And when it does, it’ll have a price tag of $139.99 USD attached.

Jason's been knee deep in videogames since he was but a lad. Cutting his teeth on the pixely glory that was the Atari 2600, he's been hack'n'slashing and shoot'em'uping ever since. Mainly an FPS and action guy, Jason enjoys the occasional well crafted title from every genre.
@jason_tas
Previous Trailer: Action Arcade Wrestling rings the bell on Xbox and PS4
Next Spin Master’s new Batmobile can go just about anywhere