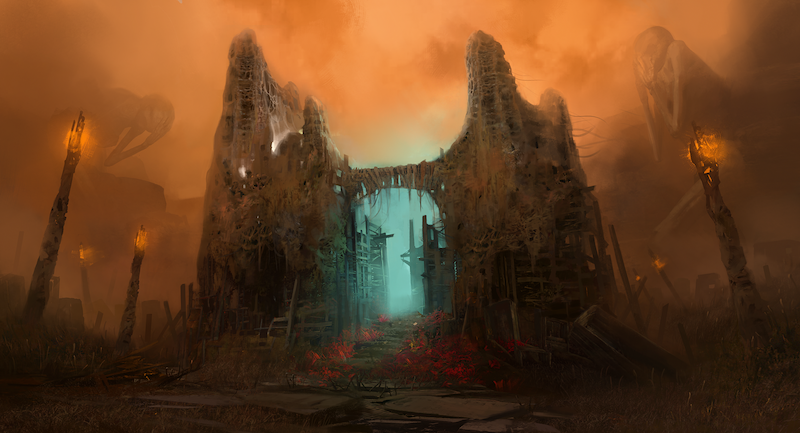 If you skipped out on Bloober’s Medium when it debuted on the Xbox a short time ago, you’ll have another stab at the psychic adventure soon.

I sense… a controller

Released to some fanfare, Bloober Team’s horror/adventure Medium first saw launch for the Xbox One this past January. The game put players in the shoes of psychic and detective Marianne, as she investigated supernatural happenings.

The Medium is a third-person psychological horror game that features innovative dual-reality gameplay. Players assume the role of Marianne, a medium gifted with several psychic abilities. Follow along as she explores the real and spirit world both alternatively and simultaneously to uncover a dark mystery masked by disturbing secrets, sinister spirits, and devious puzzles only a medium can solve.

That was then though, and now here we are coming up on the last of 2021, and Medium is heading to the PS5. And for that new launch, the developer will be adding in some console-exclusive content. Namely, DualSense functionality.

“On PlayStation 5, we are taking full advantage of the console’s DualSense controller to immerse players even deeper into the mystery of the Niwa Hotel,” said Szymon Erdmański, producer at Bloober Team. “Our goal is to let you feel Marianne’s reactions to what is happening as she explores and interacts with the game world.”

There’s a bit more Medium news this week too, in that Bloober will be releasing the game’s original soundtrack. The OST will land at retail on both vinyl and CD, and can be pre-ordered here. Look for that in October.

As for the game itself, the PS5 edition of Medium will arrive on September 3rd, along with the PC and Xbox Series X|S editions.

Jason's been knee deep in videogames since he was but a lad. Cutting his teeth on the pixely glory that was the Atari 2600, he's been hack'n'slashing and shoot'em'uping ever since. Mainly an FPS and action guy, Jason enjoys the occasional well crafted title from every genre.
@jason_tas
Previous Hot Toys debuts Luke Skywalker figure from The Mandalorian
Next Trailer: Skater XL’s multiplayer free skate arrives