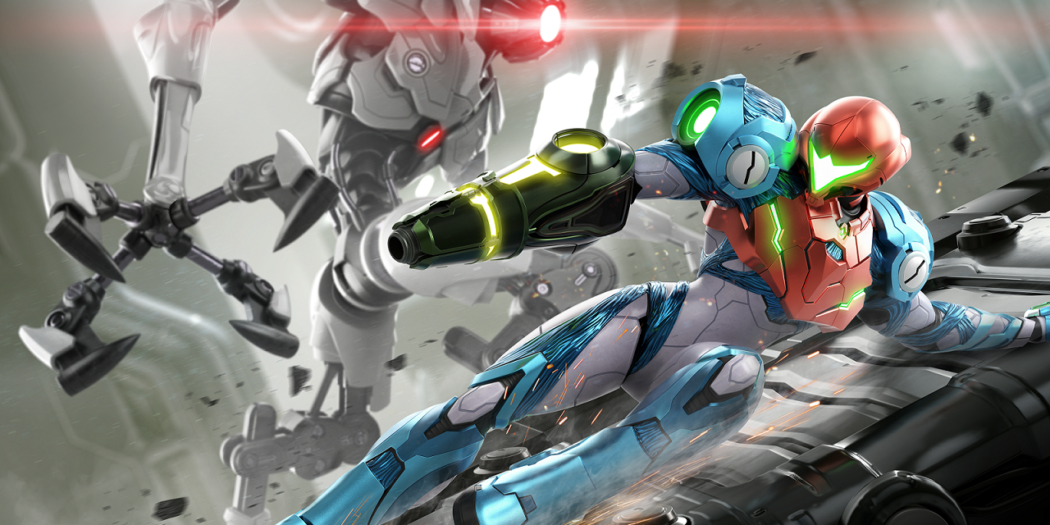 E3 2021 felt a little tame despite the surprises (Is it because Sony and EA were MIA? Because Nintendo talked over most of their reveals during the direct? Hard to say. Even Treehouse Live felt subdued, with quiet presenters and fewer antics), but when you look at the launch lineup for the rest of the year, and the things to come in the future, it’s hard to deny it was a good time.

The following are the 10 games I’m most excited for coming out of E3 and the preceding events (in no particular order):

I haven’t been excited for a Battlefield game since Battlefield 4 (which I still play regularly, almost 8 years later). Each of the following titles changed things in all the wrong ways, starting with vehicle classes in Battlefield One and the removal of spotting in Battlefield V. Who can say which of those gameplay details will remain the same at this point. All I know is what we saw in that trailer was in every conceivable way Battlefield 4 2. Can that excitement still die before launch? Absolutely. There’s a lot to learn, and usually a chance to try (plus 128 players sounds like way too many people to allow a squad of 4 to make a significant impact; the last gen versions are sticking with a better 64). But right now, Battlefield 2042 is looking like the return to (and evolution of) form my squad has been waiting for since 2013.

If you’re like me, you never realize how many sweet games are on Apple Arcade until you find out one of your Games of the Show for E3 2021 came out in 2019. Well. Regardless of whether or not it’s brand spankin’ new, LEGO Builder’s Journey is a gorgeous puzzle game coming to Steam and Nintendo Switch on June 22, 2021. I couldn’t be more excited to dig into this award-winning adventure by Light Brick Studio.

It’s been a long time (19 years, they said) since the last brand-new 2D Metroid. Metroid Dread is just months away. I swear I first heard that name when Nintendo had its own forums almost two decades ago, but who’s counting? Metroid Dread is developed by Mercury Steam, the studio behind the 3DS swan song, and Metroid 2 remake, Metroid: Samus Returns. Their DNA is on display, with the return of the parry attack, which has been updated for some added momentum. There’s a lot to digest from the trailer, including predatory robots, boss battles, a living chozo, and more.

Metroid Prime 4 was a no-show, but fans of the series have plenty to be excited for come October 8.

So we’ll see how this different dimension stuff goes (I loved how it was genuinely Tokyo that was messed up in SMTIV), but everything else looks like a sweet JRPG. It’s all here: negotiations, fusions, Jack Frost. The Treehouse Live segment showed some Xenoblade-style high-level enemies in the environment and everything we’d expect from the combat. Let the story deliver and Shin Megami Tensei V will be a delicious way to end the year.

The game has been a long time coming, but it won’t be much longer until November 12.

I about lost my shit when the words “Orange Star” popped up on screen, followed by a freshly animated Nell. While my immediate dreams of a brand new Advance Wars died quickly, I couldn’t be more pleased that Nintendo is at least taking a baby step towards the full blown return of the franchise. Advance Wars: 1+2: Re-Boot Camp brings back both campaigns (as well as multiplayer) in a single $60 package with brand new, updated visuals and animated COs. If you’re a new Fire Emblem fan, I implore you to give this game a shot and become a new Advance Wars fan, if only so that WayForward, Intelligent Systems, and Nintendo can come together to make a brand new title in this long-overdue series.

Hopefully not telling: there is no mention of custom-made maps on the site.

Breath of the Wild 2

I don’t have to remind you how much I loved Breath of the Wild. That falling through the air tease has me hopeful the loftwings will return in Breath of the Wild’s sequel. Even if it doesn’t, the new powers and enemies shown are exciting, to say the least! Hopefully the returning Hyrule is significantly changed, beyond the floating rocks above. Of course it will be, right?

I’ll be honest, a game can win me over with nothing but aesthetic. I still have no idea what’s going on in the gameplay trailer of Wolfstride, but give me a minute and I’ll download that Steam demo to find out. Black and white, old-school anime visuals, giant mechs, ex-yakuza, turn-based combat…Okay, I’m in! This game by Brazil-based OTA IMON Studios and published by Raw Fury doesn’t have a release date yet, but expect 2021.

Here’s another game from E3 2021 with a demo available on Steam that I haven’t tried yet. Look, I’ve got it downloaded, alright? Sometimes, you don’t have to play a thing to know you want to. Unbeatable is a rhythm game (which I am historically bad at, but always love) with adventure elements. Walk around, talk around, and get slappy with the music. The writing looks funny and heartfelt, and the music and vibes are glorious.

No demo here, folks, just a mind-boggling trailer for an open-world title by the developers of Dark Souls with world-building by George R.R. Martin. The enemy designs are (as is par for From Software) freaking sick. The wait for information on Eldin Ring has been difficult, but the wait for release is going to be a whole lot easier. The game comes out January 21, 2022.

A special nod goes to Guardians of the Galaxy for providing one of the only proper gameplay showcases of E3 2021 during its presentation. The overabundance of tiny clips, title cards, and cinematics feels more pronounced every year, but this surprise came out of just about nowhere (Eidos-Montréal, technically) and still gave us a complete walkthrough (plus an October 26 release date!). The characters shine, and the cool-down based partner skills looks to enhance the otherwise standard combat. Announce, showcase, and shortly release. Guardians of the Galaxy has it right.

(Full disclosure: I thought it was Marvel’s Avengers DLC until the very end of the trailer.)

Astria Ascending’s E3 2021 Nintendo Direct appearance didn’t do it any real favors. The actual E3 trailer should help, which is why I’ve provided a link to it above. A glimpse of the delicious character art, animated battles, and story elements is a good start, but you know what’s really intriguing?

The story is by Nojima Kazushige (Scenario Writer for Final Fantasy VII, VIII, and X; Glory of Heracles games; Kingdom Hearts II; etc.) and the music is by Sakimoto Hitoshi (FFXII, FF Tactics Advance, Muramasa: The Demon Blade, 13 Sentinels: Aegis Rim, Vaklyria Chronicles, and more). Those are some pretty fancy names to be flouting about! Astria Ascending comes to basically everything, Switch included, on September 30.

Brutal Gamer's Nintendo Editor began his gaming life a little late- at five years old. But he's made up for it in the two decades since, gaming and writing about gaming with the same passion, fervor, and unrelenting love as his five-year old self.
Previous 120 Fps Support For PS5, Roze Receives Nerf, and More.
Next E3 2021 Trailer: The Outer Worlds 2