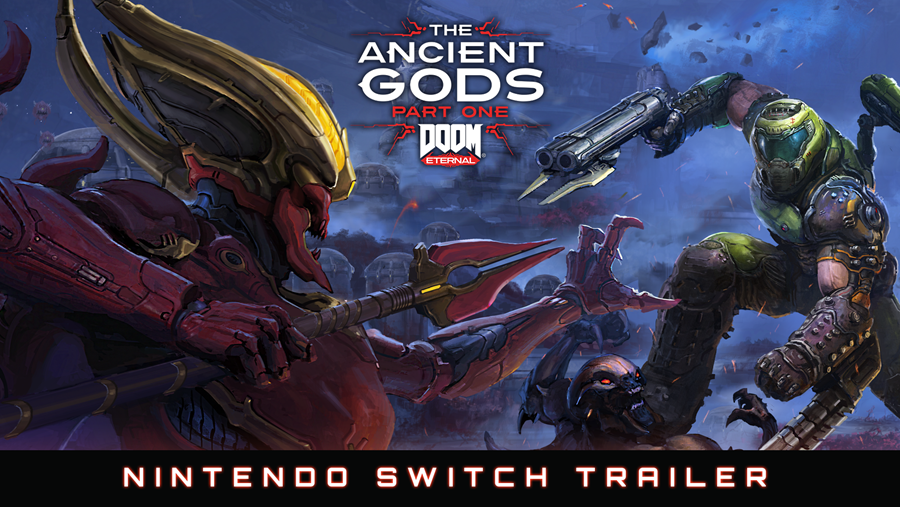 The Nintendo Switch version of Doom Eternal is expanding. Part 1 of The Ancient Gods, the massive expansion for the game, has arrived.

This single-player downloadable expansion for DOOM Eternal carries on the Slayer’s battle against evil as an imbalance of power threatens all of creation. Travel across the dimensions as you fight to restore balance.

The Ancient Gods is a 2 part expansion for the Doom Eternal base game. Today’s drop is just part 1, as part 2 has yet to be dated, but will be along at a “later date”. As for purchasing, all of the above will be available separately, or as a part of the Doom Eternal Deluxe Edition (also available now).

Jason's been knee deep in videogames since he was but a lad. Cutting his teeth on the pixely glory that was the Atari 2600, he's been hack'n'slashing and shoot'em'uping ever since. Mainly an FPS and action guy, Jason enjoys the occasional well crafted title from every genre.
@jason_tas
Previous Audeze teams with Capcom for Resident Evil Village bundle
Next Sony Aiming To Release PSVR2 In Late 2022.