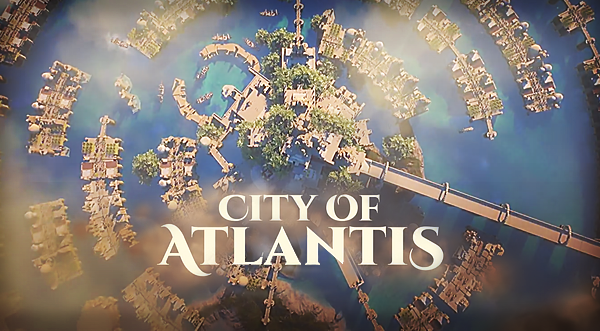 Home / News / Trailer: Build a legend with City of Atlantis

Trailer: Build a legend with City of Atlantis

The legend of Atlantis comes to life in Gambit Games Studio and MeanAstronauts’ city-building and management sim, City of Atlantis.

City of Atlantis is an isometric city-building survival game set in the world of the mythical Land of Atlantis. According to legend, the city far surpassed other nations in terms of scientific, military, and economic advancement.

If you’re into city-builders, it certainly looks like City of Atlantis will be a title to watch. The game promises players the ability to construct and manage their own Atlantis, but also manage its population, and defend it against raiders and natural disasters. Add in a very cool sounding mechanic, that’ll have you equipping heroes to send out into the world to secure knowledge, and you have a slick sounding game.

There’s no release date for this one just yet, though we do know it’ll be coming to the PC some time soon.

Jason's been knee deep in videogames since he was but a lad. Cutting his teeth on the pixely glory that was the Atari 2600, he's been hack'n'slashing and shoot'em'uping ever since. Mainly an FPS and action guy, Jason enjoys the occasional well crafted title from every genre.
@jason_tas
Previous Ghostbusters Day results in fresh Plasma Series announcements
Next The Divison Heartland Won’t Be Shown At Ubisoft Forward