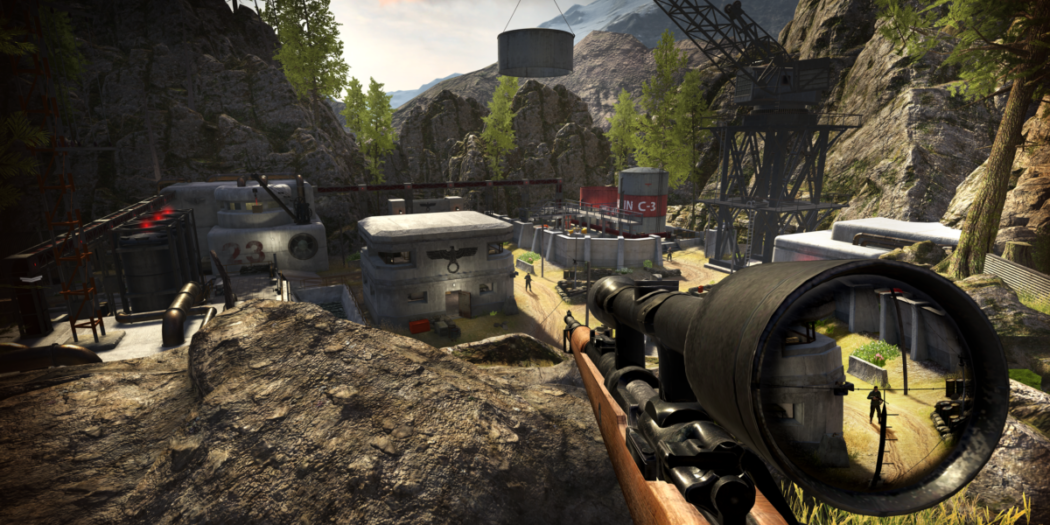 The Sniper Elite series is about to break new ground with Sniper Elite VR. The sharpshooting title hits PSVR, and PC-based VR platforms next month.

Built from the ground up as a virtual reality experience, Sniper Elite VR enlists you as an Italian partisan, fighting fascism in a powerful World War II story told through his harrowing memories as you protect your fellow countrymen and drive back the merciless invaders. Developed in partnership with Just Add Water and Coatsink, the game delivers a new perspective on Rebellion’s critically acclaimed sniping and stealth mechanics which marries breathtaking immersion with the authenticity for which the series is famous.

Featuring a brand new campaign, fully customizable controls, and of course the X-Ray Kill Cam, Sniper Elite VR is set to take the fight to the Axis on July 8th. Expect it for the PSVR, Steam VR, Oculus Rift, and Oculus Quest.

Jason's been knee deep in videogames since he was but a lad. Cutting his teeth on the pixely glory that was the Atari 2600, he's been hack'n'slashing and shoot'em'uping ever since. Mainly an FPS and action guy, Jason enjoys the occasional well crafted title from every genre.
@jason_tas
Previous Nintendo Download: Livin’ Your Best Super Life
Next A new vision for Venom debuts in November