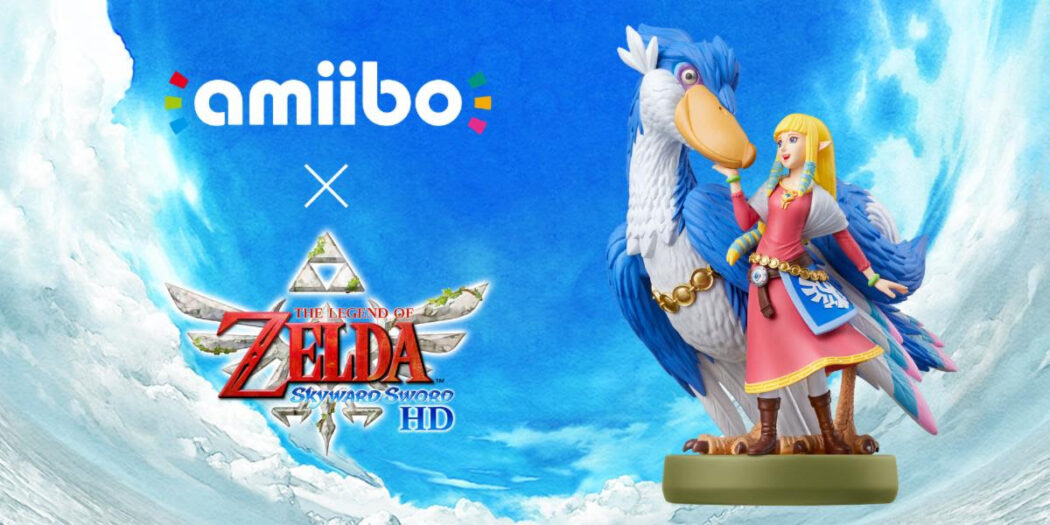 You might’ve lost track, but the Switch is about to have another Zelda title in its library. To that end, Nintendo has a new Amiibo ready to celebrate.

Zelda fans are prepping for a return to the world of Skyward Sword this July… right? Maybe it’s just me, but it sure seems like there’s been almost zero hype for this new LoZ remaster. I’m tempted to say that’s because it is a remaster, but this is Nintendo we’re talking about here. When have they ever shied away from hype? The blue Switch is getting more love from them right now than this game is.

Well, either way, The Legend of Zelda: Skyward Sword is indeed coming up fast, and there will be a new Amiibo on hand as well. Timed for launch with the game, this new model shows Zelda with Loftwing, the massive bird from the game.

Pretty slick looking. But this Amiibo is more than just a nice little figurine. As with all of the figures in the line, it has an actual function, and this particular one seems like it could be a game-changer.

Holding Zelda and Loftwing up to a compatible controller will zip you out of whatever situation you’re in on the surface world, up into the sky. Yes, even from inside of a dungeon. Want to get back to where you just were? Tap it again to reverse the process.

Both the Zelda and Loftwing Amiibo and The Legend of Zelda: Skyward Sword will be in stores and ready for adventures on July 16th.

Jason's been knee deep in videogames since he was but a lad. Cutting his teeth on the pixely glory that was the Atari 2600, he's been hack'n'slashing and shoot'em'uping ever since. Mainly an FPS and action guy, Jason enjoys the occasional well crafted title from every genre.
@jason_tas
Previous Nintendo Download: A Journey From Dystopia to Utopia
Next Trailer: All Hallows descends on Gotham in Batman: The Long Halloween clip