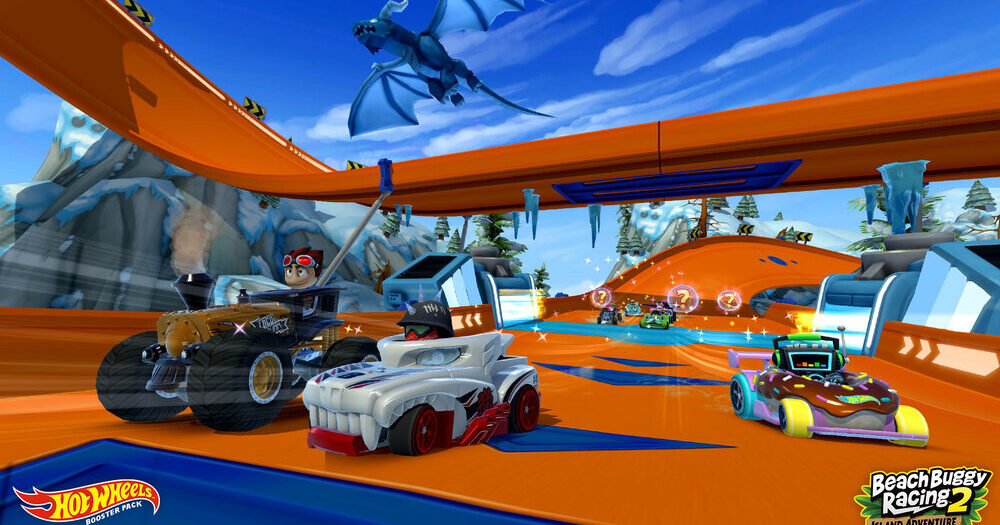 Gamers tearing up the sand in Beach Buggy Racing 2: Island Adventure should get set for some new wheels. Fresh DLC arrives tomorrow.

If you’re not familiar with the game, Beach Buggy Racing 2: Island Adventure is a kart racer. Complete with over-sized characters and under-sized cars, the game comes out of Vector Unit and is just as bright and cartoony as you’d think.

It also looks to be surprisingly deep. The title offers way more than just races, as players can customize their karts, recruit teams of wacky characters, and even create their own rules for special races. There are also a monster 44 power-ups to make use of as you race, which is pretty incredible.

And now on top of all of that, it’s also home to a set of brand new Hot Wheels vehicles. Landing for the game tomorrow is a pack of new rides, created in conjunction with Mattel.

The pack includes a 7 pack of karts, as well as a bunch more. Check out the full list of what’s in the download:

The Hot Wheels Booster Pack for Beach Buggy Racing 2: Island Adventure is available tomorrow, May 12th. The game itself is out now on the PS4, Xbox One, Switch, and PC.

Jason's been knee deep in videogames since he was but a lad. Cutting his teeth on the pixely glory that was the Atari 2600, he's been hack'n'slashing and shoot'em'uping ever since. Mainly an FPS and action guy, Jason enjoys the occasional well crafted title from every genre.
@jason_tas
Previous Trailer: Actor Matt Bomer chats about Flash and Justice Society: World War II
Next Marvel’s biggest heroes meet its young guns in Infinite Destinies’ conclusion