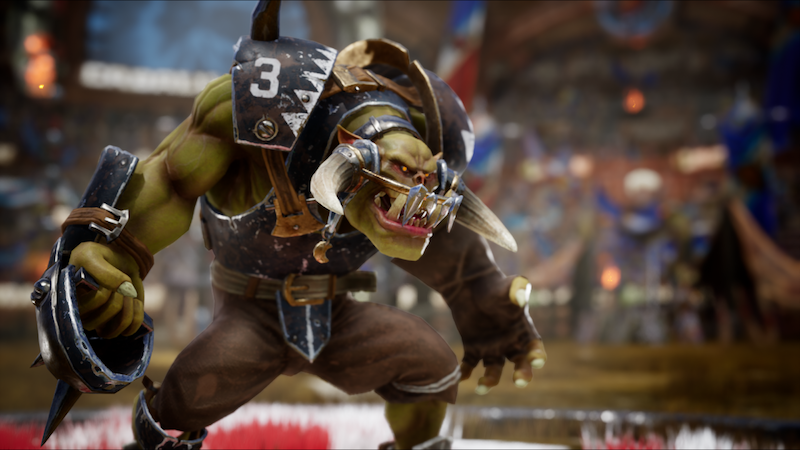 For pure power, one Orc clan stands head and shoulders above all in Warhammer’s World. The Black Orcs arrive in this look at Blood Bowl III.

Have you ever looked at Warhammer’s Orcs and thought ‘sure, the Orcs are cool and all, but they’re not big and powerful enough’? No? No, the way Games Workshop’s greenskins look, I’d imagine you haven’t. But play along anyway, because that’s the idea behind the Black Orcs.

It seems the Orcish teams in Warhammer’s football-flavored spinoff-sequel Blood Bowl III just weren’t cutting the mustard. At least, they weren’t in the eyes of the Black Orcs. And now the biggest and strongest of the Orcs are getting into the game, and taking things to the field.

Tired of the amateur performance of the other Greenskins, the Black Orcs have decided to create their own teams. Forget about passing, dodging and speed: above all, the Black Orcs are shining examples of how methodically and brutally grind opposing players into the dirt.

Lining up next to a Troll, whose extraordinary wild strength is only equalled by its striking stupidity, and Goblins that carry the ball and flood the pitch, the Orcs’ favorite tactic involves reaching the end zone by viciously crushing any opponents foolish enough to try to bar their way!

As violent as they are powerful, the Black Orcs are a formidable race in Blood Bowl 3. Additional videos will be released soon to highlight more teams, showing their strengths, weaknesses and the strategies they use in the game.

Ready to rock the blood-soaked field of Blood Bowl III? The game is coming up this year, and is scheduled to arrive in August. Expect it for the PS4, PS5, Xbox One, Xbox Series X|S, Switch, and PC.

Jason's been knee deep in videogames since he was but a lad. Cutting his teeth on the pixely glory that was the Atari 2600, he's been hack'n'slashing and shoot'em'uping ever since. Mainly an FPS and action guy, Jason enjoys the occasional well crafted title from every genre.
@jason_tas
Previous Nintendo Download: The Key to Immortality
Next Icon Heroes debuts exclusive “Dojo” Johnny Lawrence figure