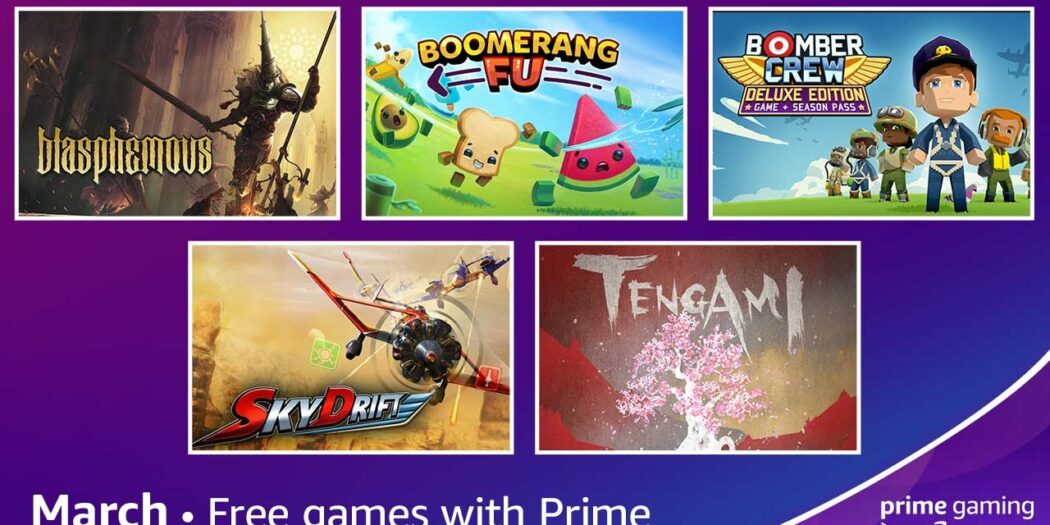 This is it PC gamers, the last chance that you have to nab all of the free SNK titles from last summer. While you’re at it, you might want to pick up Blasphemous.

If you’re a PC gamer, then you likely know that Amazon’s Prime Gaming has been a pretty great resource. The service, which you do have to be a paying member of, delivered big time in 2020, with a huge collection of SNK titles and its usual monthly allotment of freebies. If you were trapped at home during last summer, then you know how awesome that was.

And if you didn’t already claim all of the SNK titles that the service served up, you have one last chance. March will be it for the catalog, which includes games like Metal Slug, King of Fighters, and lots more.

The promo finally terminates on March 31st, so grab them before then.

As I mentioned though, there’s much more than just catching up on SNK titles set to March. It’s a list that includes Blasphemous, SkyDrift, and more. The lineup kicks off today, so get ’em while they’re hot.

Want more? Well there’s also a Fall Guys bundle deal that’s available on Prime, which includes “the super-sporty MVP Costume and three whole Crowns”. So if you’re a Fall fan, then you’ll want to check that out as well.

And of course, there are all the add-ons. Prime Gaming also has a bunch of add-ons and extras available every month to subscribers, and this March looks no different in that regard.

Included are downloads for:

Jason's been knee deep in videogames since he was but a lad. Cutting his teeth on the pixely glory that was the Atari 2600, he's been hack'n'slashing and shoot'em'uping ever since. Mainly an FPS and action guy, Jason enjoys the occasional well crafted title from every genre.
@jason_tas
Previous Trailer: New gameplay look and prolog chapter released for Wonhon: A Vengeful Spirit
Next SNK vs Capcom: Match of the Millennium (Switch) Review