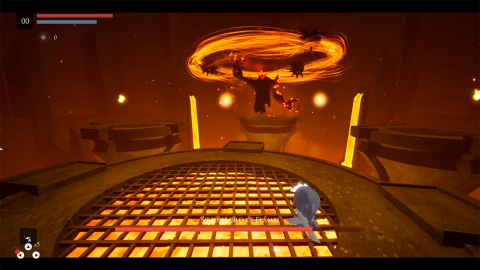 Come on baby, light my… Blue Fire. The 3D, Zelda-like platformer leads the way this week, which is a pretty light now overall for Nintendo’s console.

Adventure in the land of Penumbra

It’s pretty darn tough not to think of Nintendo’s other massive franchise when you see Blue Fire in action. That’s not to say that the game looks bad though, as it actually seems like it might be a bit of a gem.

And if you’re on the hunt for some adventures in a land that’s reminiscent of Hyrule, you might want to check it out.

As for what else there is to play on the Switch this week, well there isn’t too much honesty. The other headline game is Haven, a “romantic, role-playing space adventure'”, and aside from that there’s a small smattering of smaller releases. Those do include Turrican Flashback though. And if you’re a fan of that classic side-scrolling action series, you might want to check it out.

Scroll down to check out the full list of what’s new.

Jason's been knee deep in videogames since he was but a lad. Cutting his teeth on the pixely glory that was the Atari 2600, he's been hack'n'slashing and shoot'em'uping ever since. Mainly an FPS and action guy, Jason enjoys the occasional well crafted title from every genre.
@jason_tas
Previous Trailer: Narita Boy takes techno side-scrolling action back to the 80s
Next Trailer: Werewolf: The Apocalypse – Earthblood roars into retail today